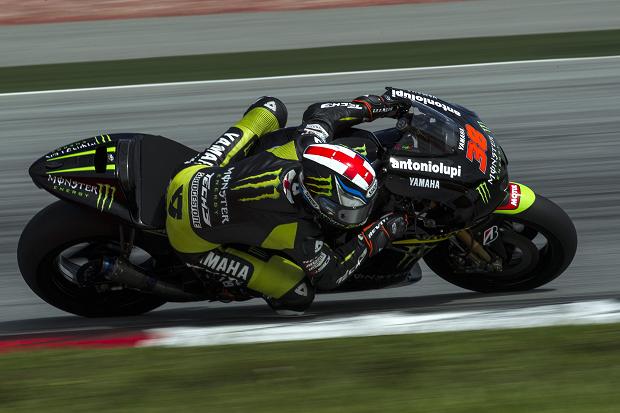 The young British rider will be embarking in his first season in MotoGP aboard a Yamaha M1 which saw eight podium finishes, but the rookie isn’t getting ahead of himself yet.

The interview is below, and Smith isn’t fooling himself, he knows what he needs to do in order to be deemed a success in his first season against the worlds best riders.

Firstly thoughts after the Sepang tests?

Very positive although I know I have much to learn in such a short time before the start of the season. Although I did not improve my times at the second test I learnt a great deal more and that’s what it’s all about at the moment.

How much tougher are you finding the MotoGP bike compared to your Moto2 bike?

They are like chalk and cheese. The MotoGP bike is awesome and a completely different animal to the Moto2 bike

Are the Bridgestone tyres and carbon brakes the hardest thing to learn?

There was so much to learn and just the speed was the first thing. The tyres and brakes are so very different and I’m hoping to make big progress with both in the Jerez test before that first grand prix in Qatar.

What does it do to you having somebody like Herve Poncharal put so much faith in you?

Herve has always shown faith in me and signed me up for MotoGP after three successive Moto2 podiums in my first year. When the going got tough last year he always kept the faith and I aim to repay him in the next couple of years.

And you’ve obviously got people like Randy Mamola helping you, and people like Guy Coulon, how do they help you ahead of this season?

Both Randy and Guy are legends in the sport. Their advice and influence will be crucial especially in those first few grands prix.

What’s been the biggest difference from Moto2?

The first thing was the sheer speed. The M1 is at least 60mph faster than anything I’d even ridden and my eyes were on stalks in that first test.

Are you looking at the likes of fellow rookies Marquez and Iannone as a gauge or are you just going to try and do your own thing?

I always try to do my own thing but of course I will be following their progress. Marc has been unbelievable in testing and must be a big favourite for Rookie of the Year. I finished in front of Andrea in the two Sepang tests but he will get stronger.

You may get a look at Lorenzo’s and Rossi’s data, how might that help you?

It’s great looking at the data and it just shows what great riders they are and how much I have to learn from them.

And finally, where do you hope to finish this season?

I would love to finish in front of the factory Ducati’s and around eighth place. That be a great start to my MotoGP career.

You can read more about Bradley on his personal website, www.bradleysmith38.com.