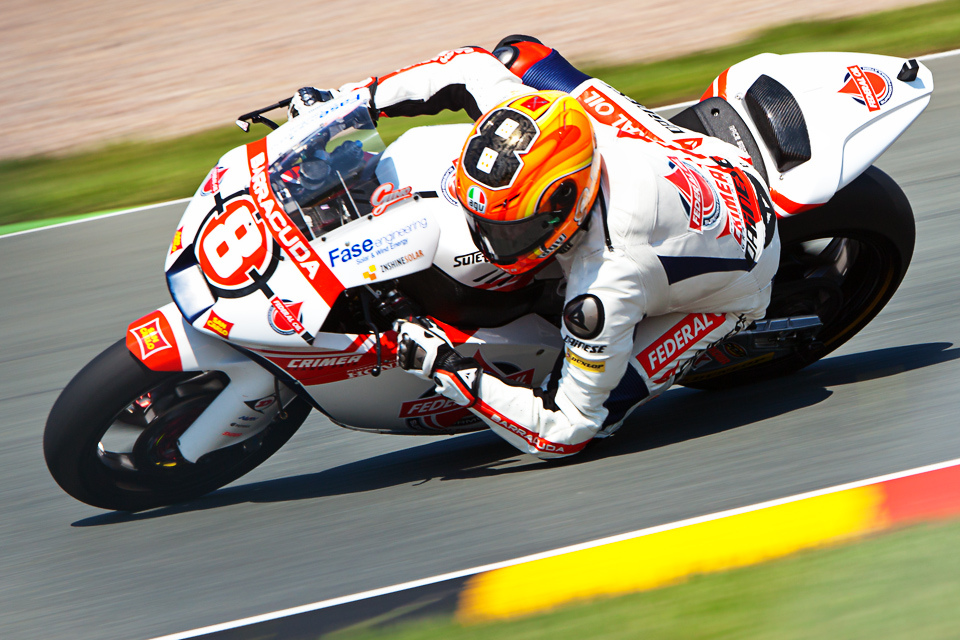 Gino Rea has sorted a bike for the 2013 season, which will see him wild carding in 11 of the Moto2 rounds.

The London rider who was left without a ride for 2013 when his new ESGP team pulled out in the eleventh hour has been on a mad hunt for funds and sponsors, and it appears his effort and generous fans have ensure we will see the number eight on the grid once again.

Riding an FTR chassis bike, Gino will be competing at the following rounds in 2013:

Gino and his team will begin testing his new bike soon, and hopes to test his bike at Mallory Park every Wednesday, with other tracks around the UK during the weekends. On top of the tests at home there is another official test at Jerez that Gino and his team intend on participating in to ensure they are competitive for the season.

Despite having the bike and materials, in order to compete Gino still needs donations, so if you have any spare money or interest please contact Gino, with a link here.