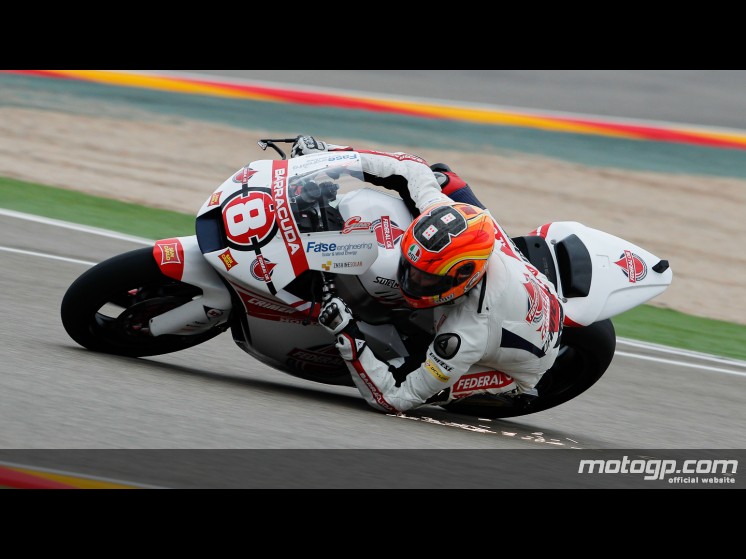 Gino Rea has launched a donations website in an effort to get him on the 2013 Moto2 grid.

Rea was set to be part of the new ESGP team for them only to pull out at the eleventh hour after the team failed to acquire a complete racing budget for the 2013 season.

As a result of that the team lost title sponsor Crimea GP, and the entire idea of continuing in this year’s championship, fell apart even before it started.

According to the website, if Gino raises enough money there still is one ride entry available in Moto2, but he could also have the opportunity to ride in World Superbikes as there are two teams that could give him a place.

He would also have option to run the defunct ESPG team as the entire infrastructure is ready in place and FTR is willing to support Rea with a Moto2 bike, he just requires the funds to run the team.

Gino has been training hard with James Toseland over the winter, and is desperate to be back on the grid, in an effort to progress from his 2012 effort which saw him climb the rostrum in Sepang, and earn a tag of a rain specialist.

On the website you can donate anything from £10 to £1,500 with every donation ‘rewarded’ by Gino.