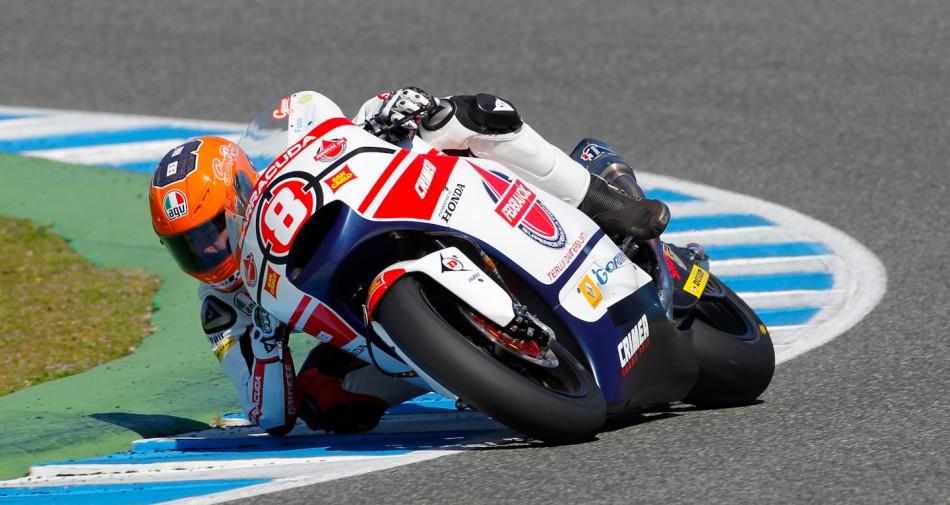 Gino Rea is potentially being lined up to replace the injured Tom Luthi during the opening two races of the season with the Swiss rider out with a broken arm.

Rea is currently without a ride for 2013, and German site Speedweek are reporting that the injury to Luthi may well prove to be the shop window opportunity that Rea is looking for on a race winning machine.

Rea is familiar with the Suter Moto2 machine after he converted from a Moriwaki chassis in 2012 with his Gresini team, claiming a third place in Sepang with it too.

There are also some rumours suggesting that the Interwetten Team are considering not replacing Luthi for the opening two rounds, saving on two every expensive trips to Qatar and Texas.

There is even some suggestion from Speedweek that if Rea impresses he could find further opportunities at races such as Assen, Sachsenring and Misano due to the teams IRTA ranking.

With no official word from the Interwetten team these are still very early rumours, although it could potentially be the chance that Rea so desperately craves without a 2013 ride.