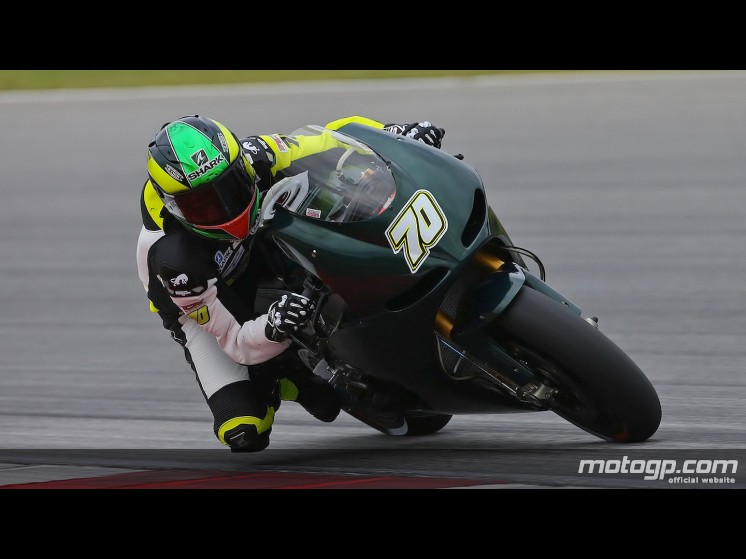 Paul Bird has teased fans with a picture of how his CRT bikes may look at the season opener in Qatar on April 7th.

Bird posted the photo on Twitter showing off what could be the livery that his CRT team The machines will be painted British Racing Green with the addition of white and yellow, but the definite design, according to Bird has yet to be chosen.

The British Racing Green was confirmed after the Sepang test in which both Michael Laverty and Yonny Hernandez’s machines were painted in the historic colour.

Bird wanted to create a real British team, and after Dorna pushing him to hire Hernandez many fans will enjoy the colour change from last years red, white and blue.

PBM is expected to roll out their new machines in the second official MotoGP test at Sepang on February 26/28th, with Hernandez on the ART, while Laverty will be receiving the PBM made GPMS/Aprilia.