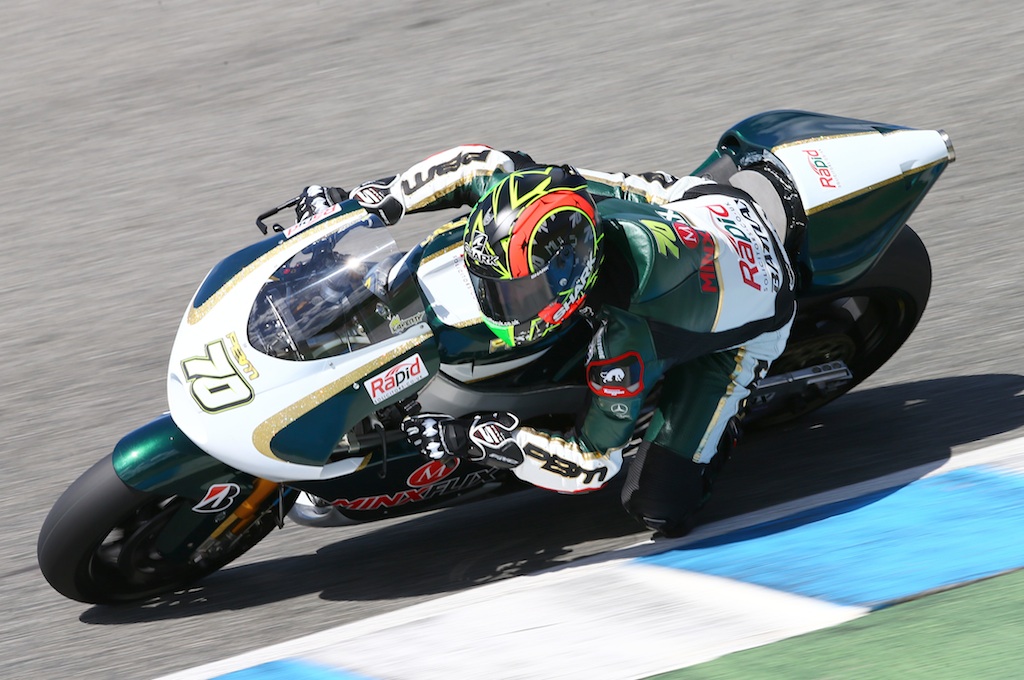 MotoGP rookie Michael Laverty looks set to be gifted a contract extension at Paul Bird Motorsport after his impressive start in MotoGP.

Laverty has been competing on the homemade Paul Bird bike, and his performances have impressed his team boss.

Last season James Ellison impressed many fans and journalists a like, but Bird decided he wanted to go in a different direction, but Bird is happy with how his current rider is faring.

Speaking to Motorcycle News, Bird said: “I am well happy with Michael and I am very keen for him to stay next year. I’ve already told him that and I think he and the new chassis have surprised a few people.

“People didn’t know what we were going to turn up with but we have got a bit more respect from inside the paddock. A few people have given us a pat on the back for what we have done with the new chassis and I think we have done a good job thanks to Michael’s efforts.”