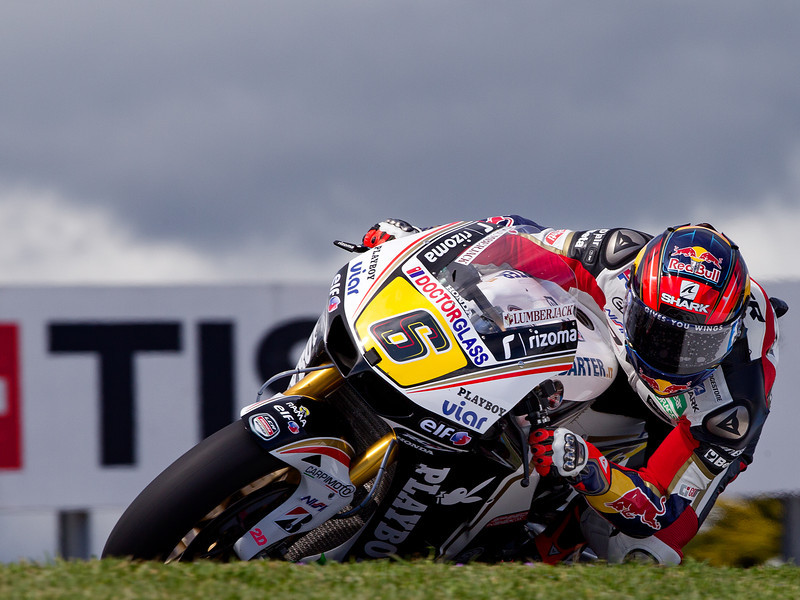 The initial deal is believed to be for two years, and will see AGV capture a long term target.

Bradl’s leathers manufacturer Dainese owns the AGV helmet brand so Dainese are said to be excited about getting Bradl to end his two year deal with french manufacturer Shark.

The young German was delighted with the new deal, and said he felt like a family member with Dainese and AGV. He also praised their paddock efforts, and leaving nothing to chance.

His new helmet will be designed by German Jens Munser, who also designs Formula One world champion Sebastian Vettel’s helmets.

Bradl had hoped to have LED lights installed in his AGV helmet for the season opening Losail round, much like Vettel used in Singapore. Only for race director Mike Webb to tell them LED lights are banned in the MotoGP World Championship.