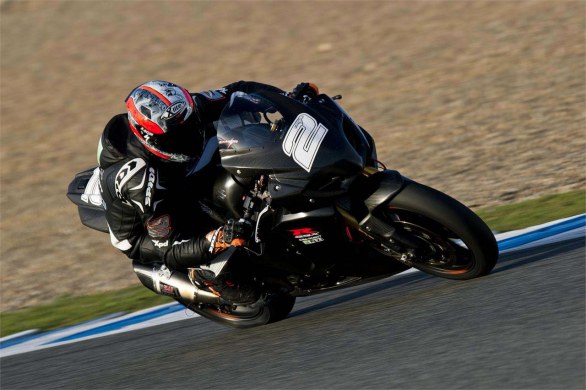 FIXI Crescent Suzuki’s Leon Camier has had a screw removed from his wrist.

Following the two recent private World Superbike tests at Almeria and Jerez, the highly rated Camier decided to stay in Spain and underwent minor surgery to remove a screw from his wrist.

The surgery was carried out at the Dexeus Institute, by the rider favorite Dr. Xavier Mir. Dr Mir removed the screw that had been inserted after Camier broke his wrist during qualifying at Nurburgring in 2010, but in the last six months the Suzuki rider has been accusing pain and discomfort while riding.

With the removal of the screw will help avoid inflammation and give the Englishman more wrist movement. He will start his recovery right away, and should be fit not only to race for the first round of the season on February 24th, but also for the two preceding tests at Phillip Island next month.