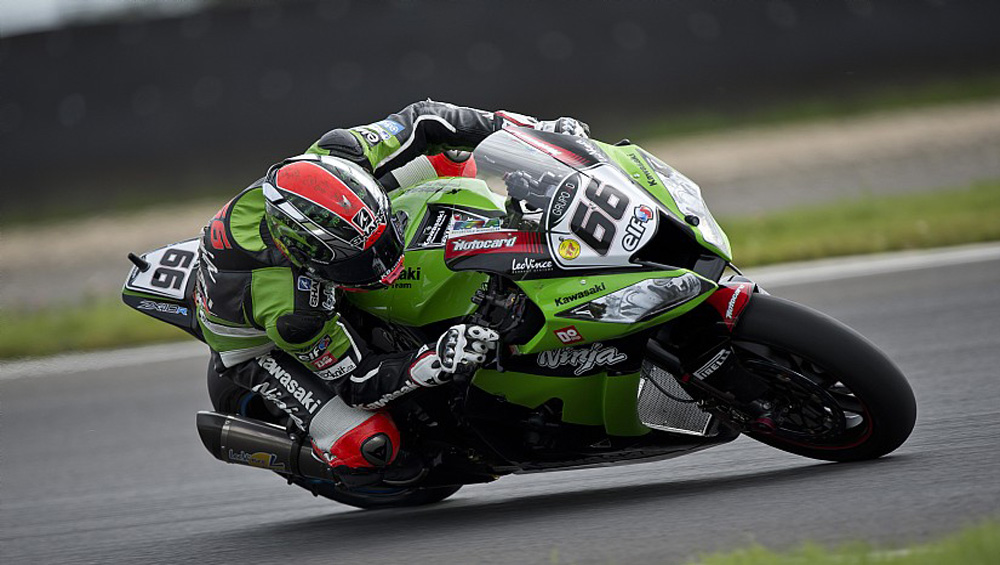 The private test which is taking place at the venue of the second round of the season, sees the factory Kawasaki team joined by the Pata Honda team, and the Fixi Crescent Suzuki team.

Tom Sykes who was suffering from a wrist and rib injuries during the season opener in Phillip Island didn’t seem to cause the Yorkshireman any problems today as he posted a best lap of in 1′58″6, completing 66 laps in the process of the day.

Sykes also said he needs to build up a little more muscle ahead of next week’s second round of the season that will take place in Aragon.

Fixi Crescent’s Leon Camier was the only other rider to lap under the 1′59 barrier. The former BSB Champion was testing a new Yoshimura spec engine today, as well as a modified electronics package and some modified components which helped him stop the clock with a 1′58″9.

Pata Honda’s Jonathan Rea was third fastest, and made it a theoretical British front row, although the Northern Irishman was one second adrift of Sykes’ time.

Sykes’ Factory Kawasaki team mate Loris Baz was fourth and just ahead of and Pata Honda’s Leon Haslam, who is recovering from nerve surgery as he ended the day fifth.

The Ducati Superbike test team is also present in Spain with a 1199 Panigale, that Matteo Baiocco was riding in order to give factory riders Carlos Checa and Ayrton Badovini another week to recover from injuries that they sustained during the season opener in Australia.

Pedercini’s privateer Kawasaki bikes were also present at the test, although riders Federico Sandi and Alexander Lundh were at the rear of the field, and almost five seconds adrift.