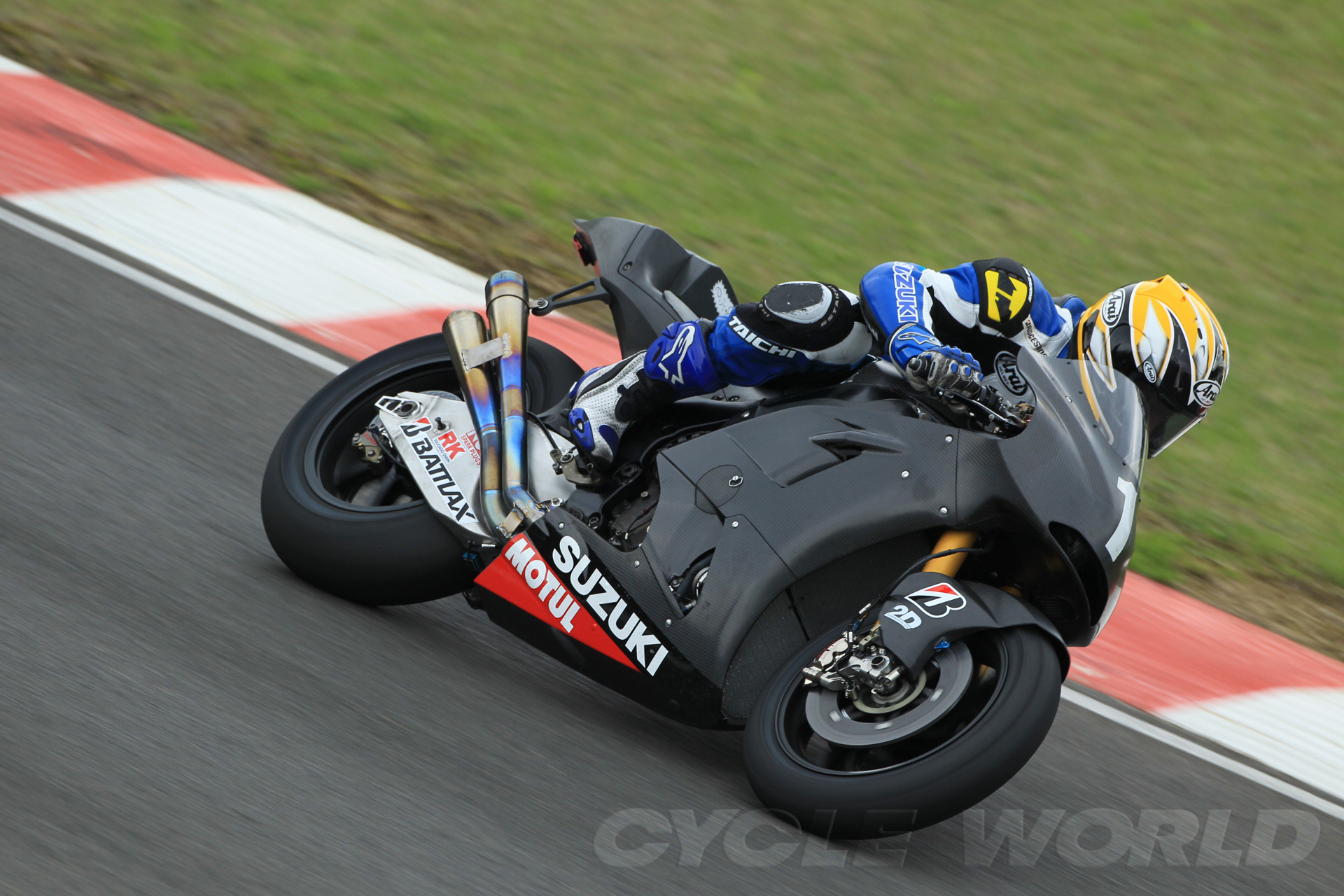 Rumours from Italy are suggesting that Davide Brivio will head Suzuki’s return to MotoGP in 2014.

Italian journalist Max Temporali claims “In 2014, Suzuki will be back in MotoGP, managed by Davide Brivio.”

Suzuki have been planning a return for  while, and were expected to return in 2014 after pulling out of MotoGP at the end of 2011 due to finical issues.

But despite not racing development of a new 1000cc GSV-R is believed to have taken place in Japan.

The return of Suzuki is no shock, but after this week Carmelo Ezpeleta claiming “we will not accept new entries, so if Suzuki wants to enter the championship they must use one of the existing teams or one of their entries,” quite how they gain entry could be interesting.

Other rumours were suggesting that in 2014 the Aspar MotoGP team could dump their ART CRT machines and head the factory Suzuki team, a rumour which is seemingly much more feasible after what Ezpeleta said.

However the interest lies in Davide Brivio, but apparently he isn’t the only one.

Suzuki contacted me for MotoGP but I'm just talking and I'm not the only one. They have not yet decided yet about 2014 but only testing 2013

Now whether that means that Aspar was also contacted we can only speculate. But it does show Suzuki’s intentions to return to MotoGP.

Brivio has Yamaha and Valentino Rossi from 2004-2009, and is now an adviser to the VR46, the nine-time world champion’s company.

Temporali also claims that they have a racing department base set up.

If this does turn out to be true, don’t expect to hear the end of Rossi to Suzuki rumours once his Yamaha contract is up.