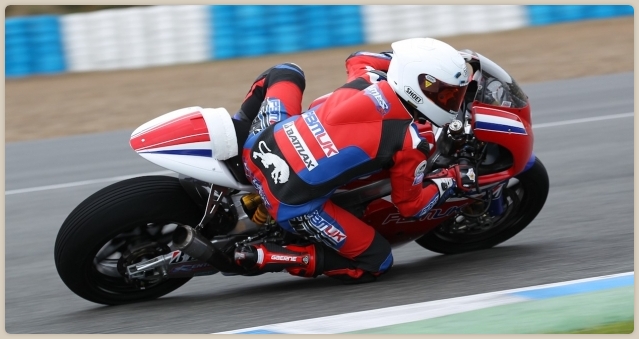 Only a few days ago we saw pictures of the new PBM-01 bike currently being developed to race in the 2013 MotoGP CRT category, but that bike won’t be tested until the second MotoGP test in Sepang.

The bike was expected to make it’s debut along with MotoGP new comer Michael Laverty in just over three weeks, but the team have decided to only take the ART machines Yonny Hernandez will be racing and wait till the bike is at it’s ‘highest standard’.

Whilst it isn’t perfect for Laverty who has never ridden a MotoGP machine, he and the team will look to use the five-day test as an opportunity to learn the Bridgestone tyres, carbon brakes, Aprillia engine and the track ahead of when the teams return later in February.