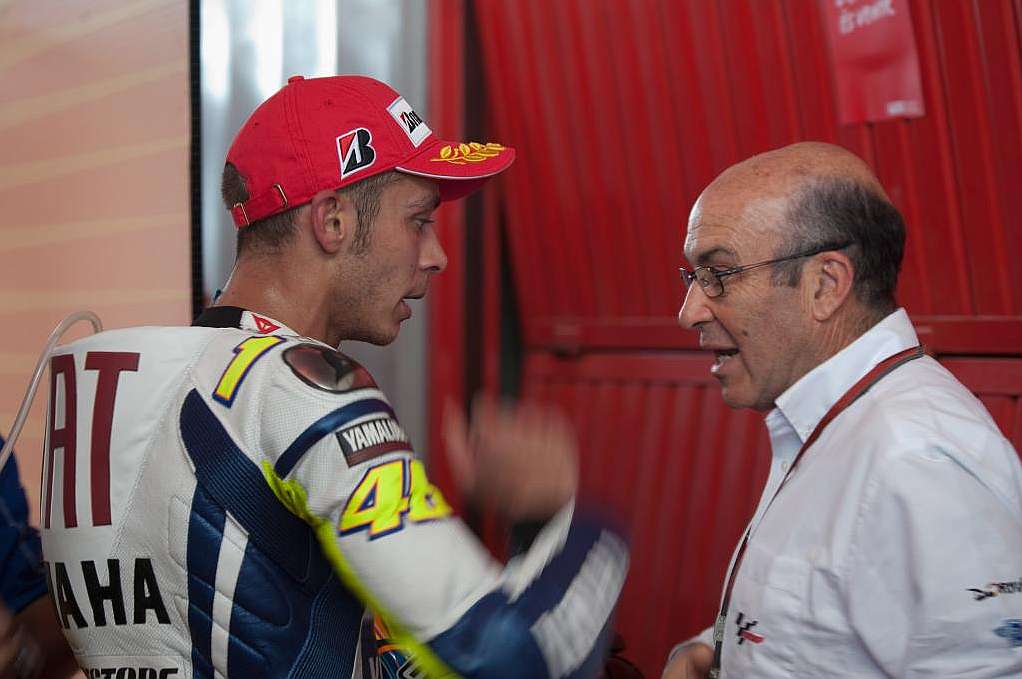 Dorna CEO Carmelo Ezpeleta thinks that Valentino Rossi will be winning races next season as the Italian rejoins to factory Yamaha team.

The Dorna CEO said back in June that Rossi will be on competitive bike next season, and now Rossi is back on a title winning bike Ezpeleta tips him to start winning again.

Speaking about The Doctor to the BBC Ezpeleta said “I’m completely sure he can challenge, with all the talent he has and all the experience he has. When he took the decision to go back to Yamaha it was because he wants to come back to the front. He was winning with Yamaha before and he can be at the front again.”

After two disastrous seasons at Ducati many thought Rossi’s star would have faded a little, but this isn’t the case.

“Of course it is good for the sport if he can do it. Valentino is a big name, he is a hero to many and one of the greatest riders in MotoGP history. If he is coming to the podium and winning races it will be very important for the championship.”

Ezpeleta was also asked the contribution Brit Cal Crutchlow has to the MotoGP grid, “Cal has been one of the biggest talents we have seen in the last few years. We have been surprised by his performances in many races. He has not had good luck but in principle he is one of the most important assets of the championship.”