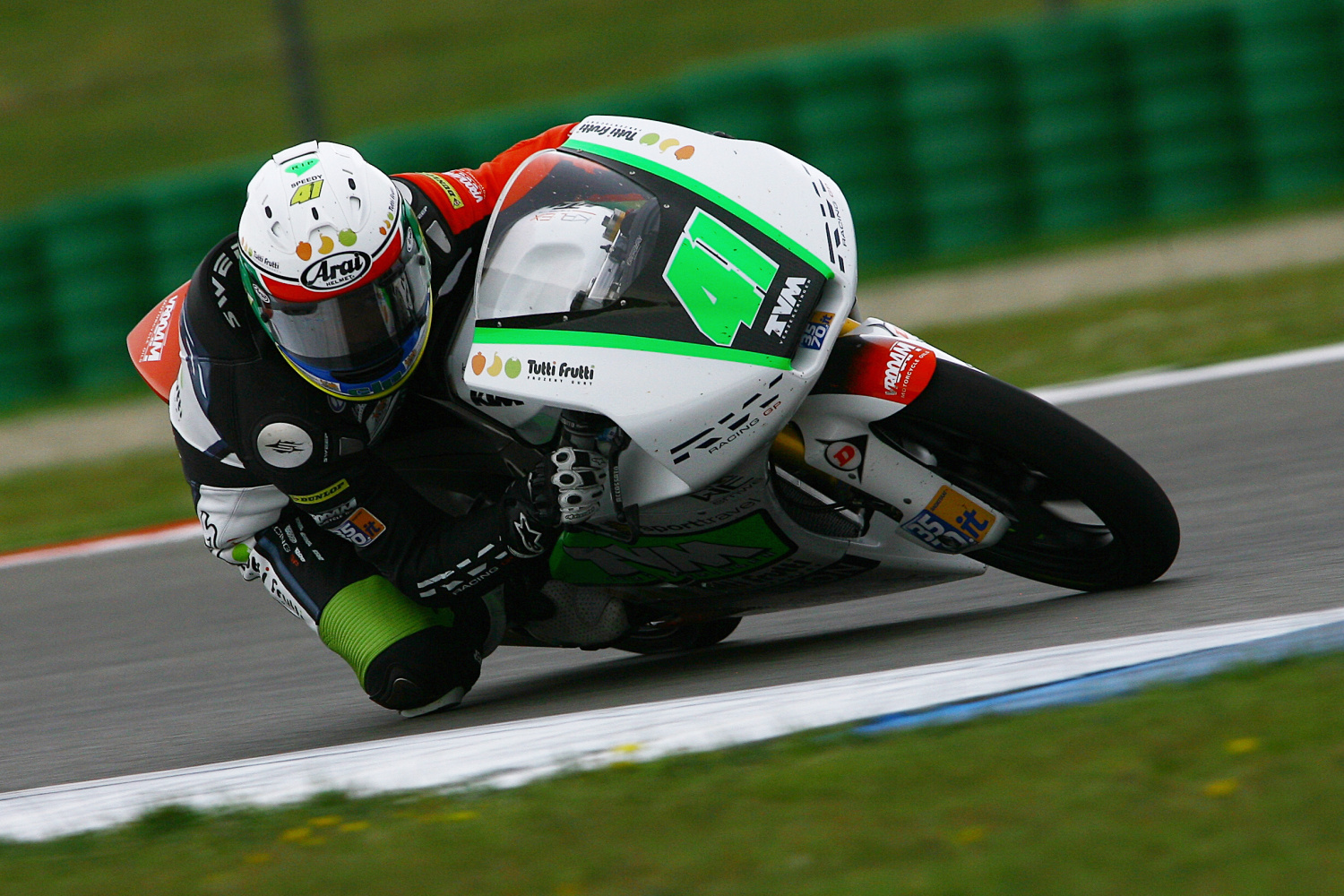 Today on GPxtra we have been extremely to be joined by current Moto3 star Brad Binder.

The South African rider finished 24th in his debut season of world championship racing, with a best finish of fourth in the season finale missing out on the win by just 0.431 of a second!

We spoke to Brad about his first full season, and a little about his background.

-At what age did you start riding a motorbike?

I started when I was about 4 years old. I had a little pewee 50 that I used to ride around the garden.

– How old were you when you won your first race, and what kind of race was it?

I won my first race when I was 6 years old, on a little 50cc huskavana at a dirt track race.

– Why do you think we don’t see that many South Africans on the world scene racing motorcycles?

It has been a while since there has been many South Africans on the world stage, but at this point in time, more and more racers from South Africa are starting to make name in the world superbikes, as well as in the 2013 MotoGP season, Steven Odendaal will be in the MotoGP paddock in Moto2.

– Why have you chosen the number 41? Is there a story behind it?

I started off racing with number 14, and then when I wanted to step up to the gp125 class in South Africa my number was taken. So I basically just switched the numbers around. I also really like Haga so thats another reason.

– Who was your hero growing up?

I have always thought Rossi is the best of all time, so I would say hes my hero as far as racing goes.

– What is your favorite circuit and why?

My favorite track is Mugello. I like it because it goes up and down a lot, I also like the way the track flows, it sutes my riding style.

– Who is the best person you’ve raced against?

– Obviously this is your first full season at world championship level this year and you’re now with the best racing on new tracks, how has it been?

It’s not easy racing against the fastest racers in the world, but if you are intrested in bike racing, it is so amazing to go to all the best tracks in the world, and travel everywhere to do a sport that you love. It’s an awesome life.

– And finally what are your hopes for next season?

Next season I want to take all that I have learnt this year, and put it to use and get the best resullts possible. I want to be as consistant as I can…