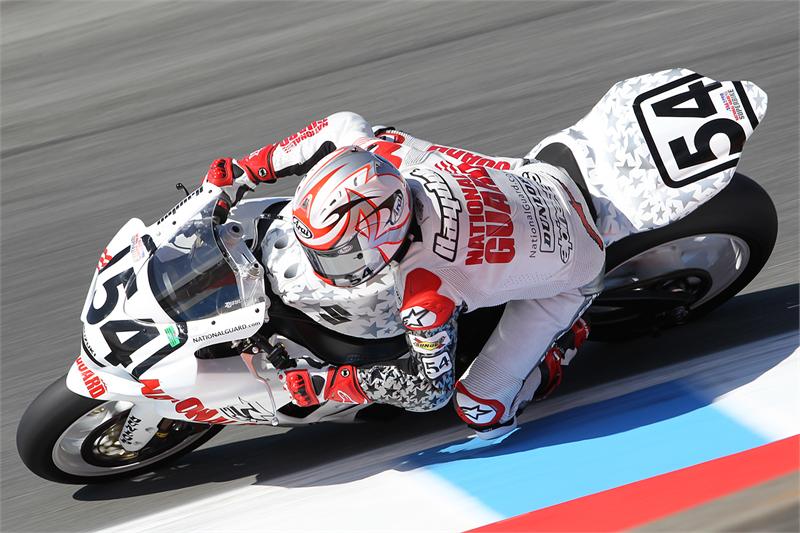 Michael Jordan Motorsports have announced that they have renewed their partnership with the Army National Guard for the 2013 AMA Superbike Championship season.

2013 will be the fifth season of collaboration with the nation’s oldest branch of the military, and their common goal is to continue to provide a platform for recruiting and to train National Guard soldiers to ride street motorcycles safely.

The race-winning MJM team is also celebrating the addition of a new rider to its lineup, Danny Eslick, who will take over the reigns of the legendary number 23 Jordan Suzuki GSX-R1000.

Eslick joins Roger Lee Hayden, who will once again be aboard the number 54 Jordan Suzuki.

“It’s all about the goal of winning a championship,” said Kreig Robinson, MJM Vice President of Corporate Relations. “Each year we work tirelessly to improve upon the last. Through intense off-season development and testing, we try to come up with the formula that will put us on top every race. We are looking forward to a good 2013 AMA Pro National Guard Superbike season.”

The MJM team’s next event in the 2013 AMA Superbike Championship will be the season-opener at Daytona International Speedway in Daytona Beach, FL, in March 2013.