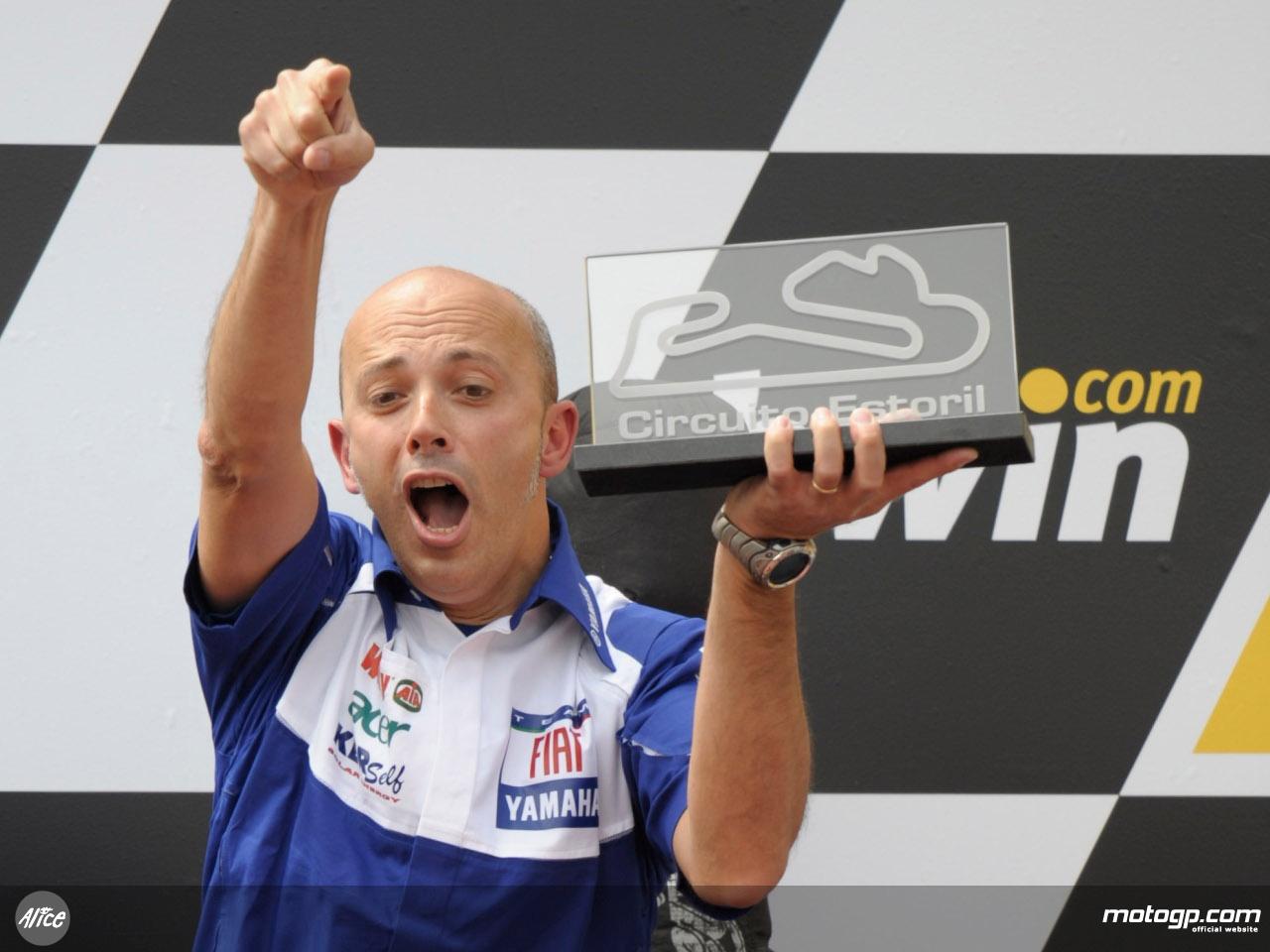 Daniele Romagnoli thinks that Yamaha may have their work cut in 2013.

Jorge Lorenzo’s crew chief from his first season in MotoGP knows that the relationship between the two is frosty. From next year the pair will be reunited, this time without a wall, without a dating sharing ban, and in a straight shoot out.

The status of the riders may have changed from the first stint, Lorenzo is the main man now at Yamaha, he is the World Champion, Valentino Rossi has come back, tail between his legs, to see if he can do it again.

Speaking to German website Speedweek, Romagnoli said “Valentino is by coming back to Yamaha to get back on his game. But for himself that is the best possible step. Because he loves to win, or at least up front to fight. He never succeeded at Ducati , but I am sure that he will find enough motivation to Lorenzo make life hard. He wants to show everyone how fast he can be riding motorcycles.”

Romagnoli who is still with the Yamaha team, but in the satellite team working with Brit Cal Crutchlow.

“Even without the wall, they will still act as two completely separate teams. There will be no co-operation at all. I do not know in what role Valentino will find in Yamaha, for years he was the No. 1 at Yamaha.”

Valentino has had more fear than Lorenzo than Lorenzo of Rossi. That may lead to problems with Valentino. Because Jorge has the team and Yamaha and had two years to leave his mark. He has built a solid basis.”