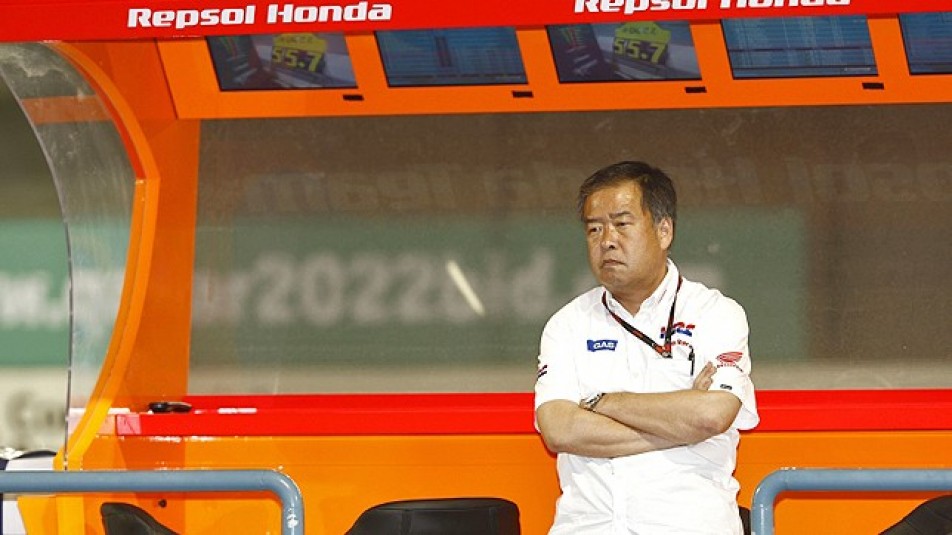 Marc Marquez will be in MotoGP next season. This isn’t news to anybody. The hype that has surrounded him has been sensational and possibly unlike anything else.

There was huge hype and support surrounding compatriots Lorenzo and Pedrosa entry to MotoGP, but the only thing comparable of Marquez’s hype has to be that of Valentino Rossi prior to the 2000 season.

Much like the Doctor before him Marquez comes into MotoGP as a double world champion after winning the 125 and Moto2 (250cc for Rossi) World Championships and seemingly coming in with the perfect preparation.

But if the media and the fans aren’t putting enough pressure on the shoulders of the 19 year old from Cervera, and replacing one of the fastest ever man on two wheels in Casey Stoner, HRC boss Shuhei Nakamoto has said he is hopeful he “will be able to win several races, even in his first year.”

Speaking to MCN Nakamoto has said “We believe Marc has very high talent and a bright future. But riding in MotoGP is not easy. To make one good lap time, even a rookie can do. But to continue a good lap time for the whole race is a different story and he needs some experience. But I hope he will be able to win several races, even in his first year. This is our expectation.”

Whilst he is optimistic that Marquez can claim podiums and wins he isn’t pinning all of his hopes on Marquez leaving Qatar and becoming the first man since Max Biaggi to win on his premier class debut, “I think for him to be on the podium in Qatar will be very difficult.”

The general consensus is that Marquez will be fast when he eventually gets he finally races on MotoGP machinery, but there are also fears of crashes, much like Lorenzo and Simoncelli in their first MotoGP seasons.

For what it is worth I think that Marquez will not only win in 2013, but win more than once. I think Marc Marquez will beat Dani Pedrosa and win over 4 races in 2013.

Marc will be back on his RC213V in February in Sepang for the first 2013 test of the season.