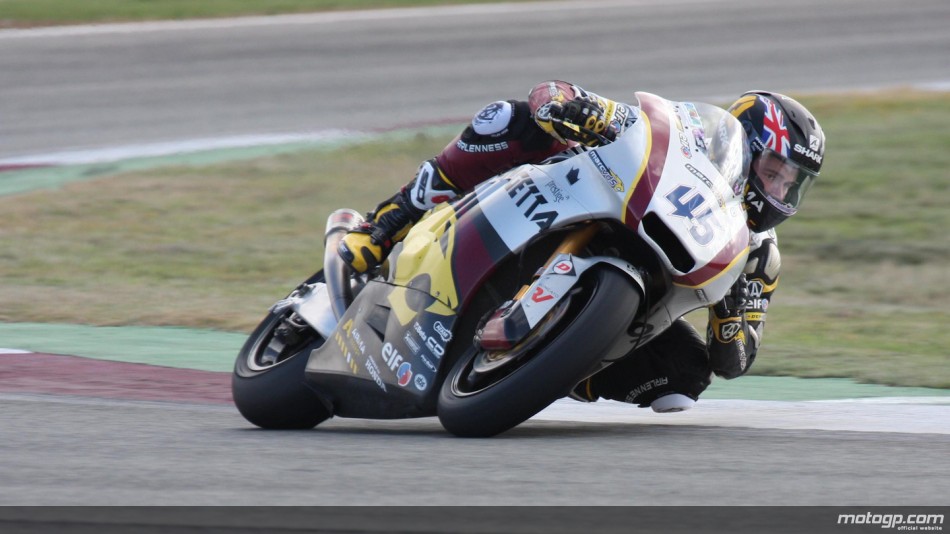 Next season Scott Redding will be participating in his fourth Moto2 World Championship, but the 19 year old is in no rush to move up.

Redding famously claimed victory at the 2008 British Grand Prix in wet condition, and in doing so became the youngest ever race winner, a record that won’t be broken with new rules, but Redding’s aim is to be MotoGP World Champion.

There were rumours during the 2013 season that Redding could be in MotoGP with Gresini Honda or Pramac Ducati in 2013, but he has stayed in Moto2 with the Marc VDS team and hopes that with the weight limit, 2013 could he his year.

Speaking to Alpinestars Redding said “As long as you’re progressing every year. In the end it’s going to come. If you start pushing too early, you’re going to go backwards. I’d rather do it properly.”

“The CRT thing came about because of the Moto2 weight limit and we thought about going to MotoGP. But with the rule changes we decided to stay and fight for the Moto2 title, then move to the premier class.”

The Gloucestershire rider continued to talk about his 2012 season,

“It was my best year so far. We more or less did what we aimed to do; finish in the top five in every race and in every practice. I think we hit that quite a lot during the season. We had a couple of disappointing results in mixed weather conditions, such as in Malaysia and Valencia, which lost us quite a lot of valuable points.”

“Aragon and Silverstone were the best results for me. They were two very hard races. I had an operation seven days before Aragon and people didn’t even think I was going to ride, and I got slated in the press. So I had a point to prove, and we got a podium. At Silverstone I was battling all throughout the race with Marc [Marquez] and I had the home crowd behind me and going absolutely mad – it was amazing,” said Scott.

Whilst nobody is in any doubt the young British rider has, his aggressive style and size always counted against him, but with the change in regulations, the wise money could very well be on Redding winning the 2013 Moto2 world title.