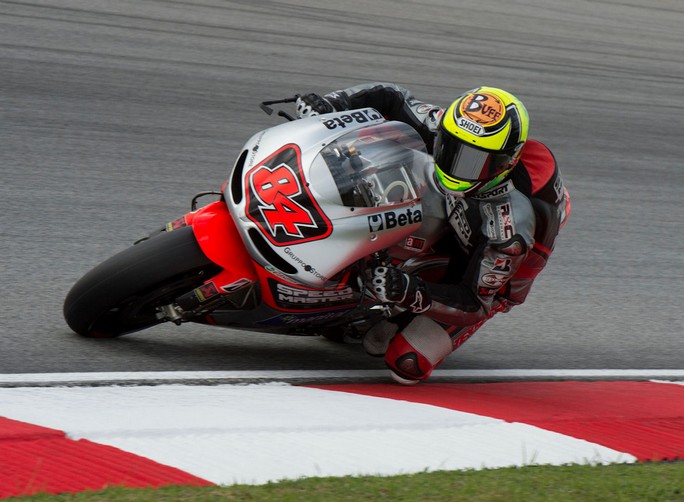 When MV Augusta announced they would be returning to the international racing scene in the World Supersport series, it was seemingly nailed on that Luca Scassa was the man to lead that charge, although today MV have announced that Roberto Rolfo and Christian Iddon will be riding for them in 2013.

With a fantastic history with the Italian brand, all signs were pointing to Scassa being the man on the ParkinGo F3 next season but team manager Giuliano Rovelli had other ideas.

Giluliano Rovelli was the man responsible bringing Chaz Davies to World Supersport 2011 (with Yamaha) guiding him to the world title, and then moving him into SBK and become the best Superbike newcomer last season with a resounding victory on a Aprilia satellite bike.

Rovelli elected to go for Briton Christian Iddon who has been riding a Triumph in the World Supersport series, so should be familiar with the set up. He will be partnered by Italian Roby Rolfo. Rolfo was a suter Moto2 rider, and did a lot of development work with the Swiss brand in 2012, and he replaced Mattia Passini for the final four rounds of the season on the MotoGP Speed Master ART.

“I’ve followed Iddon for several years and I consider him a talent. He competed for two years on the Triumph, so he’s familiar with the three-cylinder engine, the same engine configuration chosen by MV for the F3.”

When Rovelli was asked why he’d chosen Rolfo instead of Scassa, he said “Roberto is a young but very experienced rider, has been a Suter test rider and that will give you great support in the developing world. He is also a person who will be pleasant to work with. Scassa was convinced he had the ride, virtue of his past with the MV but when finishing the deal, it was not possible to reach an agreement for my team. ”