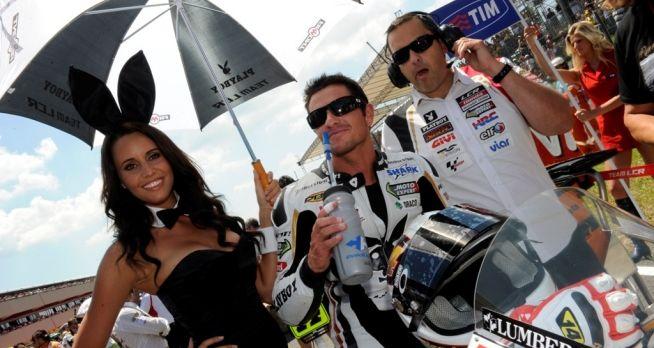 The 31 year old Frenchman first met his beautiful bride when she was a Playboy model and a grid girl for his LCR Honda MotoGP team back in 2008 and they soon became a couple.

Lauren is probably the most recognizable paddock girl. She  modeled for Playboy and still has a prominent modeling career, but it doesn’t stop her supporting Randy every single race weekend.

GPxtra would like to send our best wishes to both Randy and Lauren for the day and into the future.