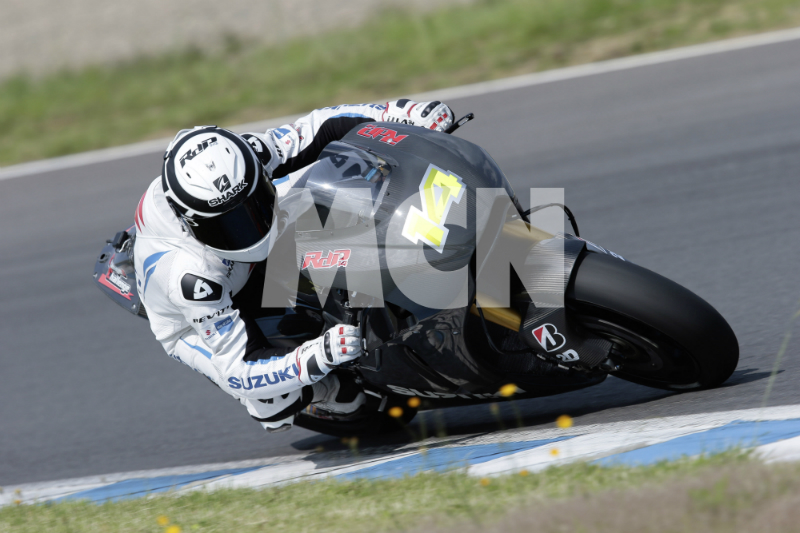 Randy De Puniet is in Motegi testing the new Suzuki MotoGP machine, and some images have emerged from the test.

The Aspar ART rider who has been given special permission by his team manager Jorge Martinez Aspar to test the new Suzuki prototype machine flew out to Japan after the disappointment of crashing out of his home race.

But now British newspaper MCN have managed to get their hands on some imagines directly from Japan, and the pictures appear to show RdP riding a bike exactly the same as the one Nobuatsu Aoki, Suzuki test rider was recently spotted testing.

Suzuki’s new MotoGP machine will get its first public outing in just under a months time when the MotoGP paddock partake in a post race test in Barcelona, with De Puniet in the saddle once again.

With Davide Brivio expected to head the Suzuki return from an Italian base, the next step on their agenda will be sourcing riders for next season. Aspar duo De Puniet and Aleix Espargaro are front runners along with Briton Cal Crutchlow and Texan Ben Spies, with of whom are on 1 year contracts in their current teams.