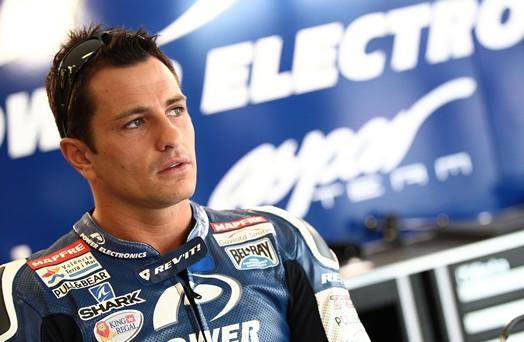 Today it is the turn of CRT front runner Randy De Puniet. Speaking to French website Mototrubu.com earlier this month at the FIM Gala in Monte Carlo, De Puniet was saying how he thinks Marquez will take to it, like a duck to water.

“I think he’s going to be fearsome from the Qatar GP and I’ve bet that he’ll win at his MotoGP debut at Losail. It’s possible, Biaggi did it in the 500cc class, but Rossi, Pedrosa and Lorenzo didn’t  I believe he can do it and I think he has this on his mind.”

“He’s tough and a fighter and I think he’ll surprise a lot of people. I believe he’s a combination of all the positive features of Rossi, Stoner, Pedrosa and Lorenzo.”

His only defect is that he’s impatient which we saw during the season that made him commit errors. For the rest there’s nothing else to say, he knows how to start well, overtake, ride fast and how to manage a race. He’s young and has his feet firmly on the ground and at his age it’s something you rarely see!”

“Everyone wants to beat him. Pedrosa because he is his team mate and also Lorenzo because of their nationality.”

With every passing week another rider or expect comes out and sings Marquez’s praises it may just make the detractors sit up and take note.