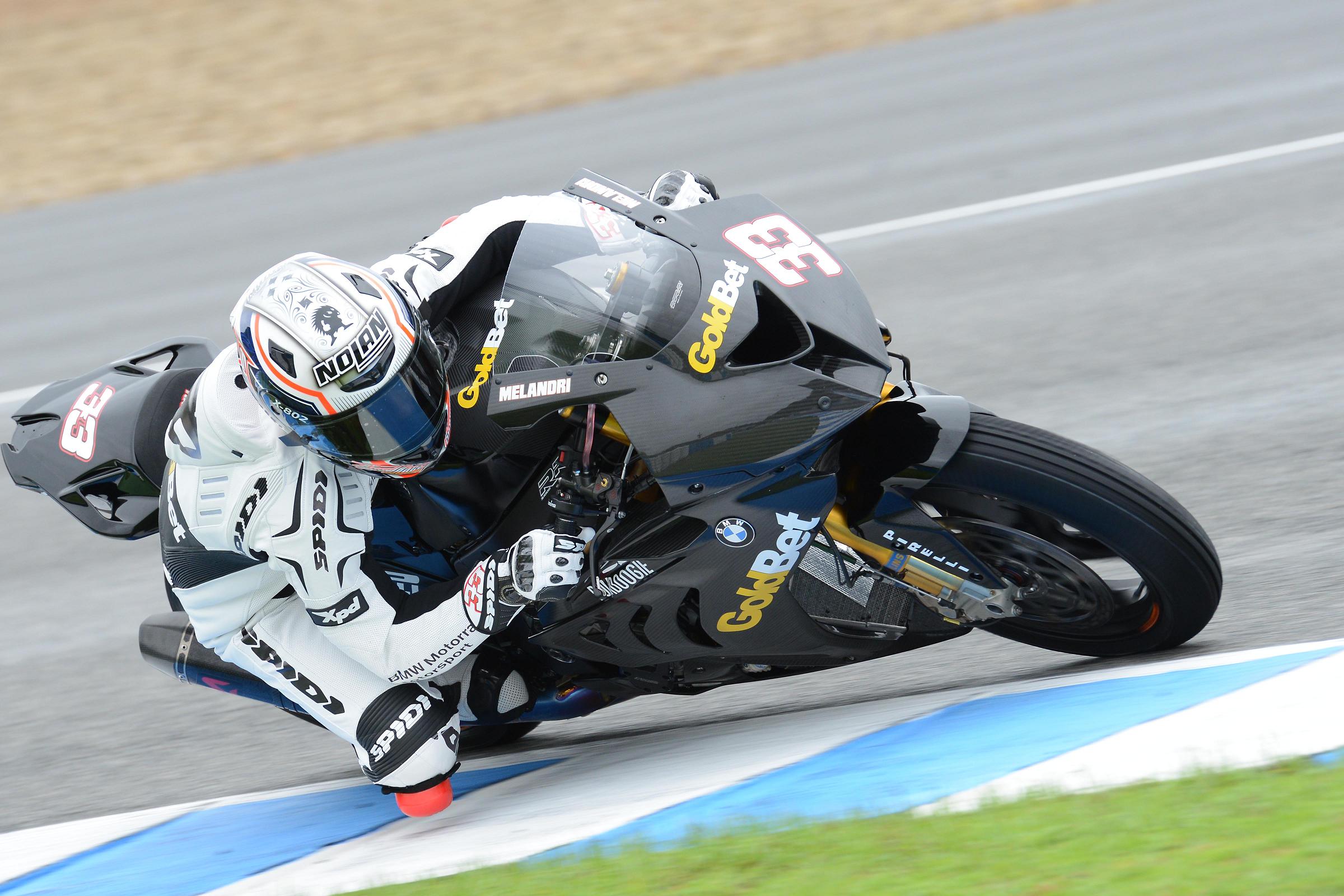 Marco Melandri had a sensational 2012. Giving BMW their first win in World Superbikes, and then adding another five after that can constitute a successful for any rider. But Melandri hasn’t gone into the 2012 off season resting on his laurels.

His BMW team are now run under the Goldbet banner, and are technically an Italian team, still receiving full factory support and electronics packages, Melandri will be hoping to go even better as the 2013 season draws closer every day.

After a rain interrupted Jerez test, BMW and Melandri had areas they knew they were strong on and areas they need to improve as they look for the perfect set up on the new 17-inch tyres.

Speaking to the SBK official website Melandri said “I think our bike is a very good bike but, like you say, the window to make it work and give you good confidence is very small. When you are inside this window you can be fast and it looks easy. When something is not perfect and you go out of this window you fight with the bike sometimes. I think this is the main place where we have to work, to make the bike easier. We knew this before the season, we know now. The first year was to try to understand what we have to do more on the bike. So for the first year, for sure we did more than was expected last season.”

Melandri appears to be confirming what a lot of people in the paddock and what past BMW riders have said, that other than in a very small window, the S1000RR isn’t an easy bike to rider.

The former Grand Prix man was then asked about his 2013 team, and what he thinks it takes to make a successful team,  “I think everything is a package. Rider, team, bike, factory – all together,” said Marco. “For sure the rider may be on top and he must try to stimulate and push the team and give the right information. Then the team has to push the factory and the factory has to understand the information an what to do with the bike. I think it is always teamwork. Alone, the rider or team or factory cannot do this.”

Melandri will be hoping that 2013 will see him replicate his compatriot Max Biaggi and add World Superbike titles to his 250cc title.