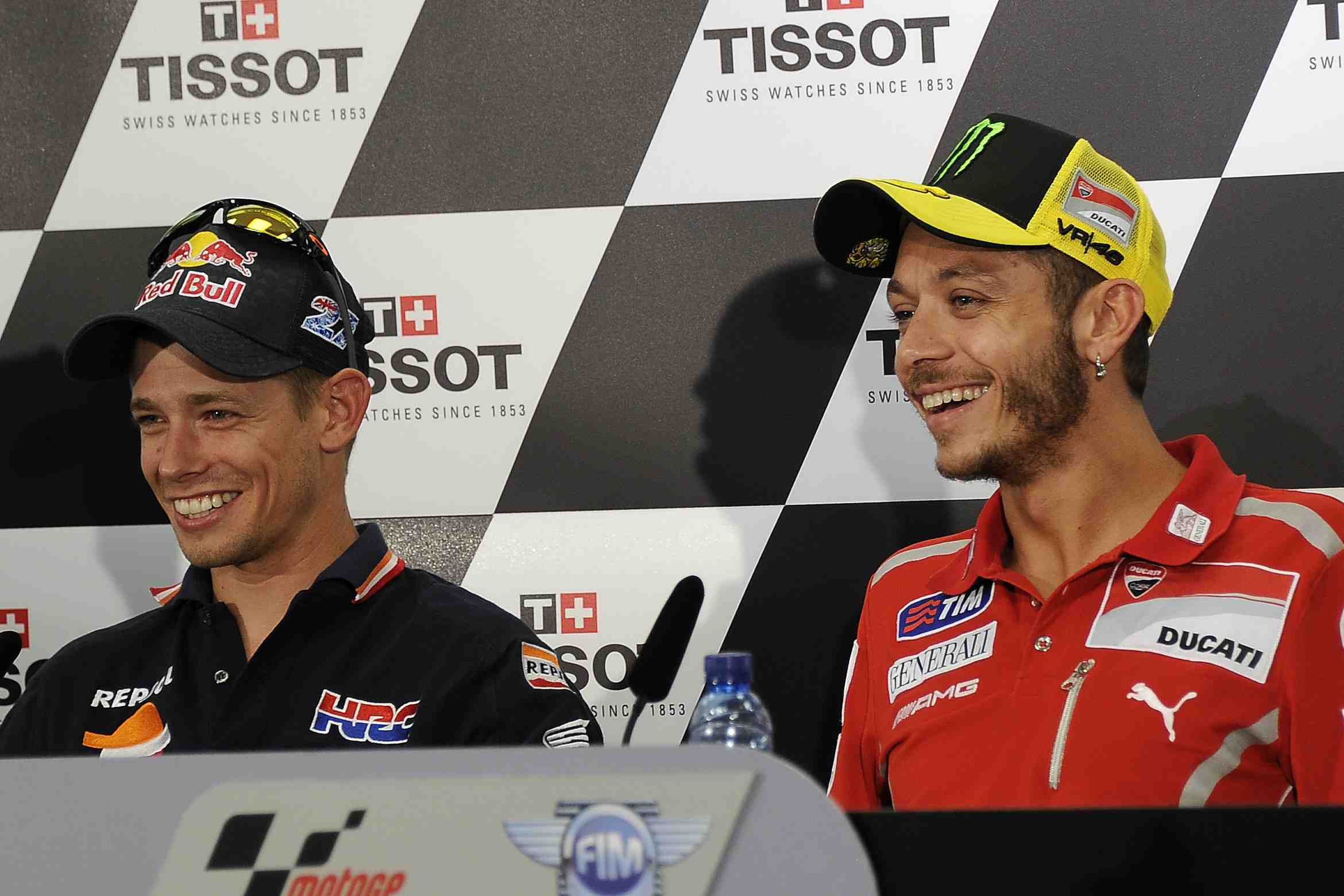 Two time MotoGP World Champion has responded to the views of Valentino Rossi as to why the Doctor doesn’t like the newly retired Aussie.

Yesterday we told you about the interview Rossi gave in the Dainese magazine Legends, where Vale claimed “Stoner began to hate me because he lost the battle of Laguna in 2008. Since then, it seemed that he spoke always of the past, of that race, because he was not man enough understand that, that time, I had won,” but now Casey has hit back.

Never a fan of big press conferences or going over the top Stoner simply tweeted this afternoon saying “I think Valentino feels a little more brave now that I’m not there:)” before linking the article where he read it.

I think Valentino feels a little more brave now that I'm not there:) http://t.co/xLeB01xC

True or not it still is another little twist in what is becoming an interesting story between the two great riders.

The only shame is that we don’t still have Casey in MotoGP aboard a Repsol Honda to bash fairings and battle tooth and nail with Vale on competitive machinery in 2013.