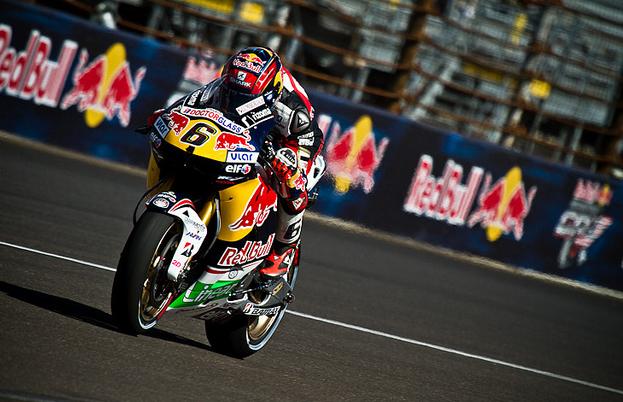 Dietrich Mateschitz, owner of the energy drink giant Red Bull has said that his company hasn’t entered MotoGP fully yet as they haven’t found the right team, but he hopes to replicate the success of his Formula 1 team.

The Austrian company which won its 4th consecutive constructors F1 title this year also owns the Toro Rosso F1 side, as well as a NASCAR team, five football clubs , not to mention the sponsorship of air racing, freestyle motocross championship and ambitious projects like Felix Baumgartners space dive.

“They complement each other perfectly,” Mateschitz said.

“If ownership is important, why not a Red Bull MotoGP team?”

“There’s a clear difference [between ownership and sponsorship], in both qualitative as well as quantitative terms.”

“With sponsorship, you buy a rear wing or advertising hoarding at a football stadium or ice hockey arena, or whatever event, for X amount of money.”

“With ownership, you’re 100 per cent responsible, you’re part of the landscape and your contribution to success, or lack of it, is considerable. As for MotoGP, never say never; maybe we just haven’t found the right team yet.”

Despite not actually owning a team Red Bull are still a prominent brand at every MotoGP race, weather it be sponsoring riders, races or teams.

Red Bull are the title sponsor of the “Red Bull Rookies Cup” which provides rising stars a chance in the Grand Prix paddocks, as well as the RBR, the Austrian giants also sponsor the KTM factory Moto3 team, and they have also sponsored the LCR team MotoGP team on multiple occasions.

Along with the team sponsors Red Bull also are the title sponsors of both the US Grand Prix rounds and feature heavily in personal sponsors to the likes of Casey Stoner, Marc Marquez and Danny Kent.