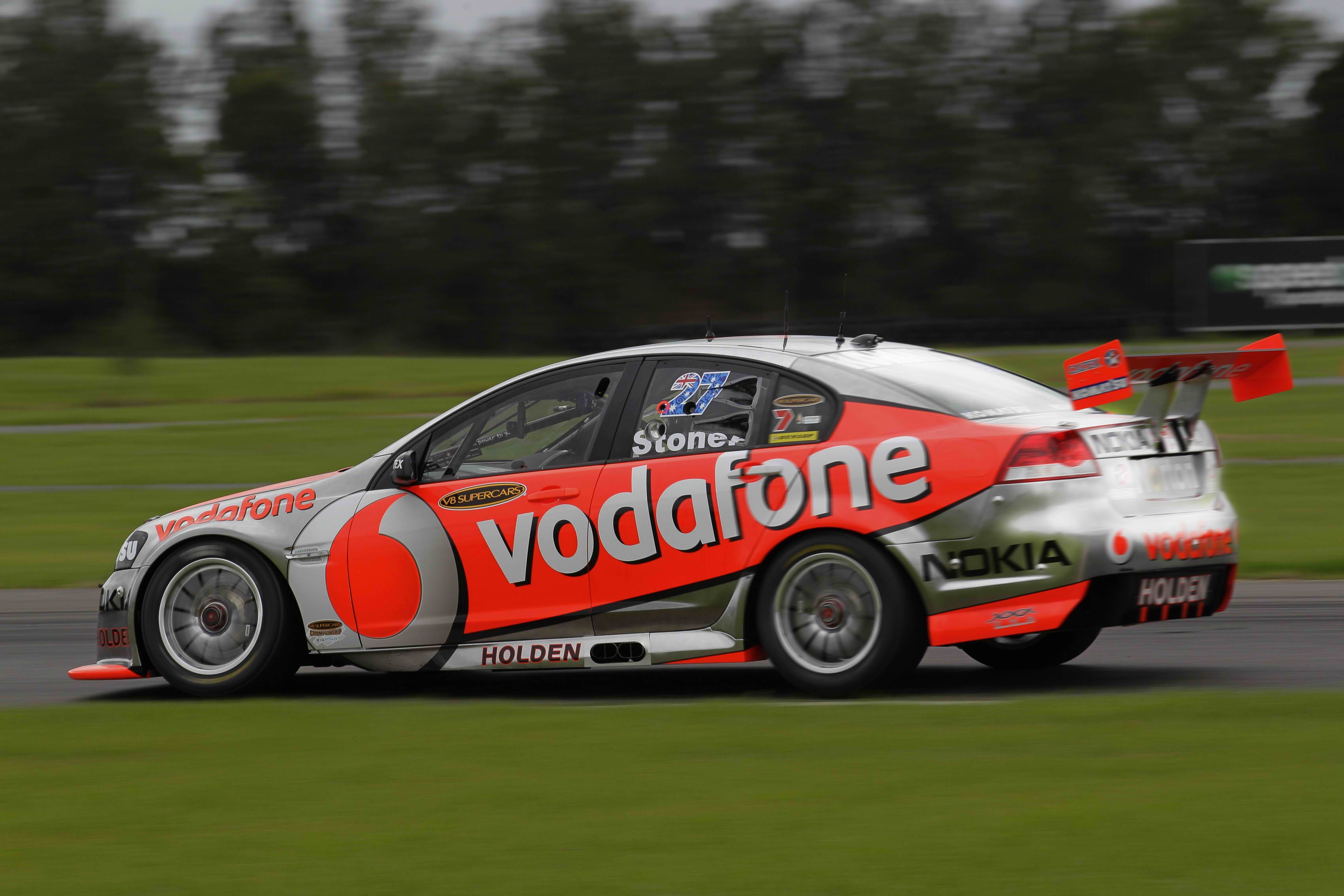 It is no secret to anybody that Casey Stoner is a fan of his Supercar racing, especially the V8 Supercars in Australia, but is he on the verge of signing a deal to race them?

Whilst he was still racing in his final MotoGP season there was rumours that he would be racing in the 2013 Dunlop Series, before these rumours got quashed by both parties.

But today Casey Stoner has been behind the wheel of Jamie Whincup’s two-time championship Holden,  in a test at the Queensland Raceway.

Stoner hasn’t confirmed nor denied that he will be racing in V8 Supercars in 2013, but the news of this test has only heated up rumours the two time MotoGP World Champion may not be fishing just yet.

The test today was run under the supervision of V8 driver Craig Lowndes and team manager Adrian Burgess, and they may tempt him into embarking on a new racing career.

“He’s doing a great job at the moment and has acquitted himself well,” Burgess told Speecafe.com from the circuit.“He’s in the 1 minute 11s after three runs. We’re going through a range of spring changes, bar adjustments and letting him feel what a real V8 Supercar is like with a proper engine. We haven’t turned it into a big 25 people ‘super test’. It’s a DVS (Development Series) style test, keeping it realistic for him.”

Whilst Burgess insisted the test was low-key and totally unofficial , he confessed that today’s laps will give Stoner the best indication of if he wants to turn his racing focus to four wheels next year.

“It’s still to be decided (if he will compete in the Dunlop Series),” Burgess said.

“Prior to today, he’s only driven our ride car. This is the opportunity to drive the race car. Once today is over, he can go home and make a balanced, educated assessment of where he’s at and if he wants to do a deal. He has been to enough V8 Supercars and Dunlop Series races now to know the commitment that will be required. He’s had an incredible career in MotoGP, so we’re not putting him under any pressure. The ball is in his court, and what ever he decides to do, we’ll back him 100 percent.”

So whilst Burgess insists he will put Stoner under no pressure it doesn’t seem that former GP man needs to be pressured into anything, nor will he care what people say.

Whilst its a shame to have lost Casey from the Grand Prix paddock, it would be an even bigger shame if his talents went totally to waste so this could be the thrill Casey needs and still give the fans a chance to watch his genius.