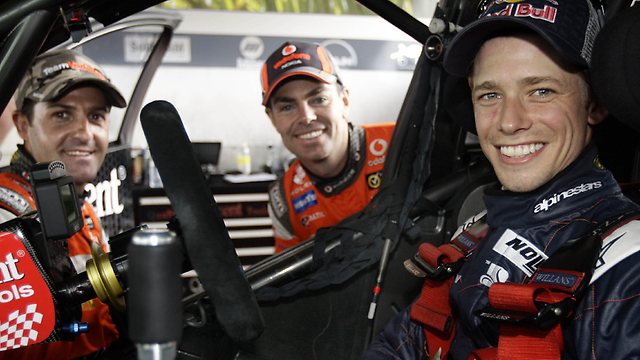 Last week it was reported that Casey Stoner had signed to race in V8 supercars, before he took to twitter to deny it. But much like his Estoril denial prior to his MotoGP retirement.

The 27 year old has signed just a one year deal, in the second category of the supercars to give himself a chance to see how he finds it, and to not tie himself in to a long contract.

Speaking to the Telegraph in Australia, he said “It is a trial year to see how I go and how I like the sport.

“We are definitely making a commitment to it, but at the same time we don’t want to go too deep in case it is not for us. I was going to do 75 per cent of the races, but I have decided to do them all. I want to get as much time in the seat as I can and try to understand what it is like to drive a V8.”

He also added that he would also like to try his hand at the Bathurst 1000, “I doubt anyone would want me at Bathurst, but I am not ruling it out. It is every Aussie’s dream to drive there.”

Stoner will ba making his debut at the Clipsal 500 in Adelaide.

“I have been interested in V8s for a long time,” Stoner said.

“I was about 14 or 15 when I decided I wanted to have a crack. I had the intention to do it then and I forgot about it because I was so wrapped up in my career.

“Once I decided to retire from bikes, there was no thought to go racing again. I wanted to have a full year off and maybe even see the world a bit.

“I wanted to slow down. But as the year went on I started considering the V8 development series. We had discussions from there and eventually got a deal done.”