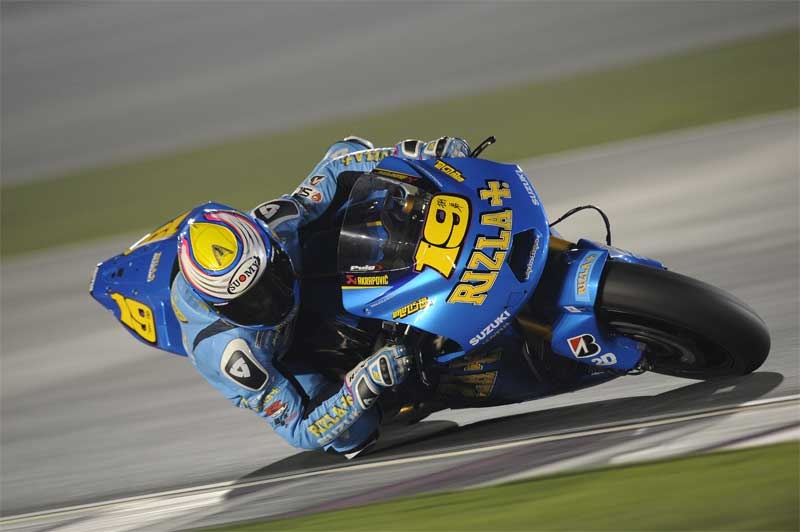 Talks between Dorna and Suzuki continue about a potential return to Grand Prix racing for the Japanese factory in 2014.

Back in September Carmelo Ezpeleta told Suzuki that if they wanted to return to MotoGP racing in 2014 it would have to be a three year commitment. The chances of seeing Suzuki back anytime before 2014 decreased further when  Suzuki’s MotoGP project leader Satoru Terada ruled out running any wildcard entries in 2013 to test the competitiveness of their 1000cc bike.

But according to the Dorna CEO there is still a chance we may have a forth factory back in 2014.

Speaking to BBC Sport Ezpleta said, “They [Suzuki] are asking us to have some testing during the 2013 season and if everything goes well maybe we will see them in 2014. Nothing is agreed yet but this is not our main issue. We have three manufacturers at the moment in Honda, Yamaha and Ducati. If Suzuki are in we have four, and that would be the same as Formula 1, so it is not a big problem. The main thing is to have more competitive races. If we can do that with more manufacturers than all the better, but having competitive bikes is the key.”

Suzuki reduced their factory effort down to one rider, Alvaro Bautista,  for 2011, and pulled out completely at the end of 2011, citing economic difficulties as the reason why.

In spite of this they continued to work on a new 1000cc MotoGP machine that was confirmed by Nobuatsu Aoki, during the Sepang test last February with the hope of reintroduction in 2014.

It appears a very real possibility that Suzuki will return, this is further backed up by the news that Randy De Puniet has all but signed a deal to be an official test rider for the factory in 2013 alongside his Aspar commitments.

The Japanese manufacturer also sent out messages to Yamaha riders Ben Spies and Cal Crutchlow during the 2012 MotoGP season to see if they were interested.