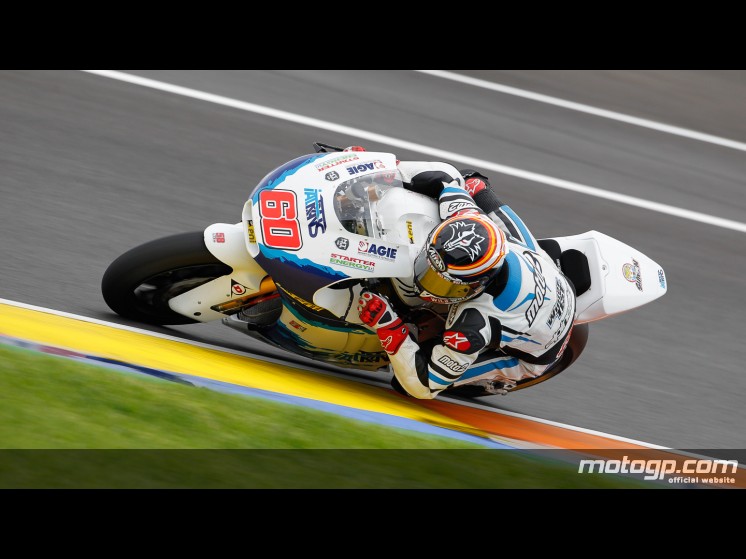 2009 125cc World Champion Julian Simon has had surgery on his leg to remove metal rods from his leg from his 2011 horror crash in Montmelo.

The 25 year old had a horrific crash with Kenan Sofuoglu at the 2011 Catalan Grand Prix which resulted in a severely broken leg. But today he has finally had the rods taken out, and can start his full rehabilitation.

Simon went into theatre in the San Jose USP clinic to be operated on by Dr. Ángel Villamor and the operation was a success, and the rods were removed.

Simon’s twitter account was plastered with messages of support and well wishers, and Simon was believed to be overwhelmed with the support he received this week., and has tried to get back to all of the fans who have contacted him, as well as giving a running commentary of his surgery.

Late November is fast becoming the time that riders go for their surgery, and body repairs. Late enough not to effect their season, early enough not to be departmental to the next year, and Simon was the second in two days, after Bradl in Barcelona, and both Dovizioso and Iannone having surgery on collar bone, and leg injuries respectively next week.