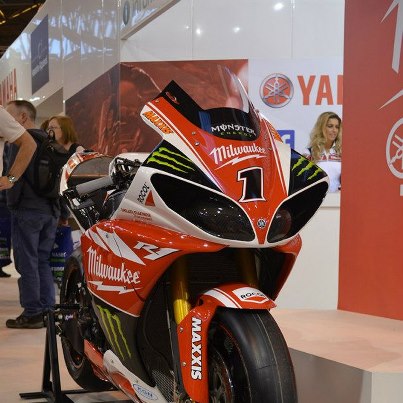 Shaun Mir racing will be back once again in 2013 with Yamaha M1’s running them under the Milwaukee Yamaha banner.

Gone are Tommy Hill and Nori Haga, the pair have been replaced by returning Brit James Ellison who finished second back in 2009 aboard a M1, and he will be joined by Aussie Josh Waters.

Ellison returns to the series after being let go by Paul Bird after a season of CRT running in MotoGP and he is glad to be back.

“I am really happy to be part of this team and the championship again as I feel that I still have unfinished business,” he said.

“I have seen how the championship has unfolded this year and I am really looking forward to coming back. The level of competition is definitely very high and you could see that from last season, but I know this is a strong team who are hugely capable and share the same goals.

“I am now looking forward to testing the Milwaukee Yamaha as the technical rules have changed since I last raced in BSB, which should suit me better as I prefer riding without traction control! I know I achieved a lot this year and now I am returning focused and confident about 2013.

“In 2009 I was second in the championship and I then joined SMR and we would have been fighting for the title if it hadn’t been for injury so I know that together we have the ability to put the Milwaukee Yamaha at the front; I am certainly not coming back to just make up the numbers!”

Waters will make his BSB bow alongside the experienced campaigner on the back of his second Aussie superbike crown. The 25-year old is from Victoria and will be hoping to follow in the footsteps of compatriot Josh Brookes.

“I am really happy and I still can’t believe I have been given this opportunity,” Waters said.

“I visited the Silverstone round this year and the championship was a big surprise to me as it is much bigger than I was expecting. I won my second Superbike title in Australia this year and I feel like that I have accomplished that goal and now I am ready for a new challenge.

“I am a realist and know that I am going to have to work hard at it this season but this is a huge step in the right direction for me, especially to work with a championship-winning team. I am hoping that the Showdown format will work in my favour as it gives me a chance to learn some of the tracks and I want to be in the top six.

“I can’t wait to get started and hopefully we can do enough to be there when it counts. I want to be successful in the championship and I am dedicated to succeeding with the Milwaukee Yamaha team.”

Team boss Shaun Muir is delighted with his new team, and hopes to add a second BSB crown in three years.

“We want to win back the BSB title and with the combination of James and Josh, plus an exciting new title partner with Milwaukee, I believe we have the foundations to return refreshed and ready to come out fighting,” Muir said.

“It is fantastic to have James back in the team as we know that he is a proven title contender with lots of experience.

“I am also pleased to welcome Josh for his debut season in the championship; he is a young, fast and upcoming Australian rider who will bring a new dynamic to the team. I want to thank everyone involved with the Milwaukee Yamaha team and now we begin to look ahead to our testing programme to ensure we are ready for the opening round of the season at Brands Hatch.”