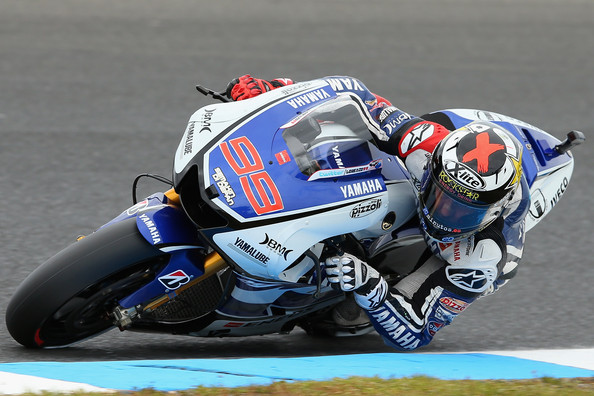 The 2012 World Champion Jorge Lorenzo has decided to stick with his number 99 plate on his 2013 Yamaha M1.

The Majorcan has the option of running with the number one plate for the 2013 season after winning the 2012 crown, but it appears that he has decided not to take up the offer, and stick with his trusted 99.

But for the 2013 season Lorenzo has decided for the first time to stick with his 99 plate.

Of course some detractors will claim its yet another attempt to imate Rossi who famously sticks with his 46 regardless of winning titles, Lorenzo fans will disagree.

Lorenzo will hope that it will continue to bring him luck as he has won 2 titles in 3 seasons under the 99 plate, and nobody has successful defended a number one plate in the premier class since Mick Doohan in 1998.

We also have the unique feature next season of no number one plate in any of the MotoGP classes, or World Superbikes for 2013.