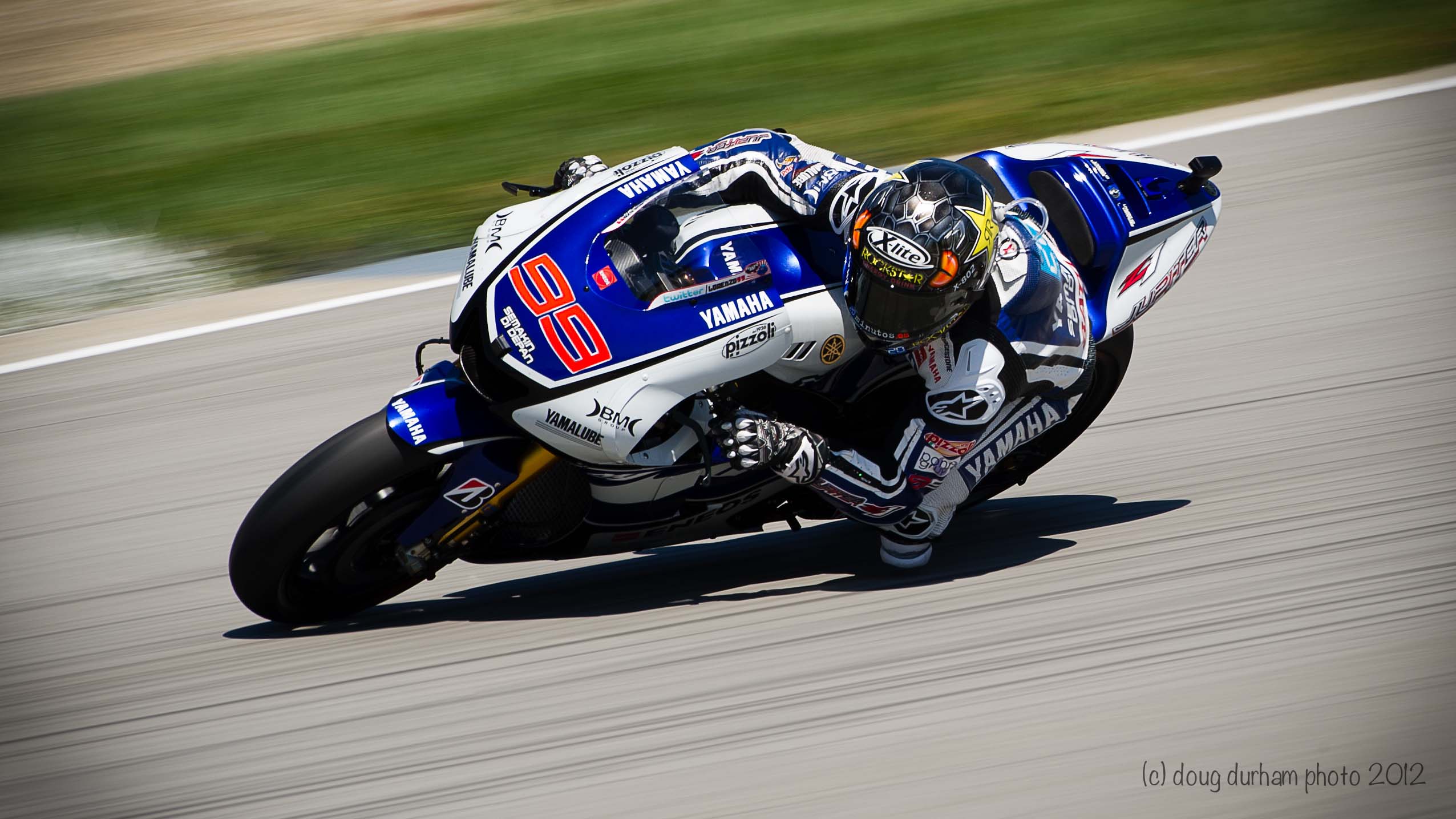 Two time MotoGP world champion Jorge Lorenzo has sent out an ominous message to the MotoGP field, he thinks he can still improve.

The 2012 world champion finished either as champion or runner-up in the last four MotoGP seasons, claiming 22 wins and 54 podiums in the same period.

Although Lorenzo claimed a record breaking 383 points back when he won his first title back in 2010, thinks that his second crown was his best.

Speaking to Gazzetta dello Sport he said “In my opinion [2012] has been my best season.

“Even compared to 2010, when I won my first MotoGP title. Back then I won more races and scored a record number of points. But this has been a more balanced season, with many strong riders. We have always been serene and we never made any mistakes – almost…”

Despite such dominance in the past three seasons, the Mallorcan believes he can still improve, particularly under braking, and in the wet.

“I can still improve under braking,” Lorenzo admitted. “For my riding style, in some cases I can brake a little later or ride differently.

Despite not being perfect in the wet Lorenzo still managed to dominate a wet 2012 French Grand Prix.