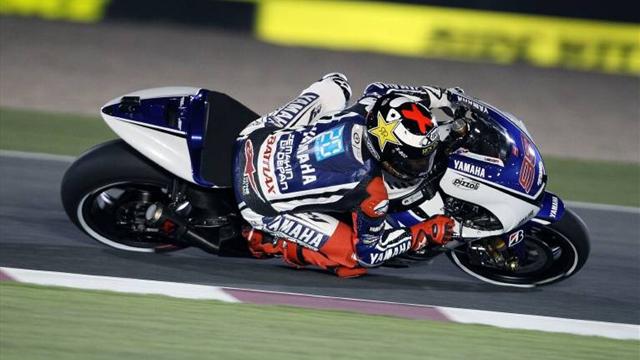 Giacomo Agostini has tipped Jorge Lorenzo to retain his crown in 2013, in spite of immense competition from within the garage.

2013 will once again see Jorge Lorenzo and Valentino Rossi paired up in the factory Yamaha team, and Lorenzo is anticipating a easier ride than in his first stint, and expects there to be less hostility. Despite Lorenzo’s comments hinting toward a lack of rivalry a few wins in the “wrong” side of the garage may make it a little more hostile.

Agostini is no stranger to competitive team mates, and in a recent interview Gazzetta dello Sport the 15 time world champion said,

“Valentino and Jorge have grown up compared to when they were team-mates last time around, but it’s impossible for them to do a whole season as friends.

“When you have two roosters in the same hen house, one wants to be more of a rooster than the other one.

“I experienced that with Hailwood, Read and also with Bergamonti: the thing you desire most is to beat whoever races with the same bike as yours, because that’s where you see who is stronger.

“If you’re behind someone with a different bike then the situation is not as negative, because it’s an unbalanced comparison.”

Agostini’s doesn’t appear to be doubting Rossi, and thinks he will be a title contender next year – although he still makes Lorenzo the favorite.

“Rossi will win again at Yamaha, but it won’t be easy,” Ago said. “I think he can win one or two races per year, but no domination like before: his rivals are younger and have improved.”

When asked who he thought would win the 2013 title, Agostini added: “Lorenzo – although if Pedrosa carries on riding like he did at the end of the season he will be tough. Valentino will be in the scrap because he will often step on the podium.”