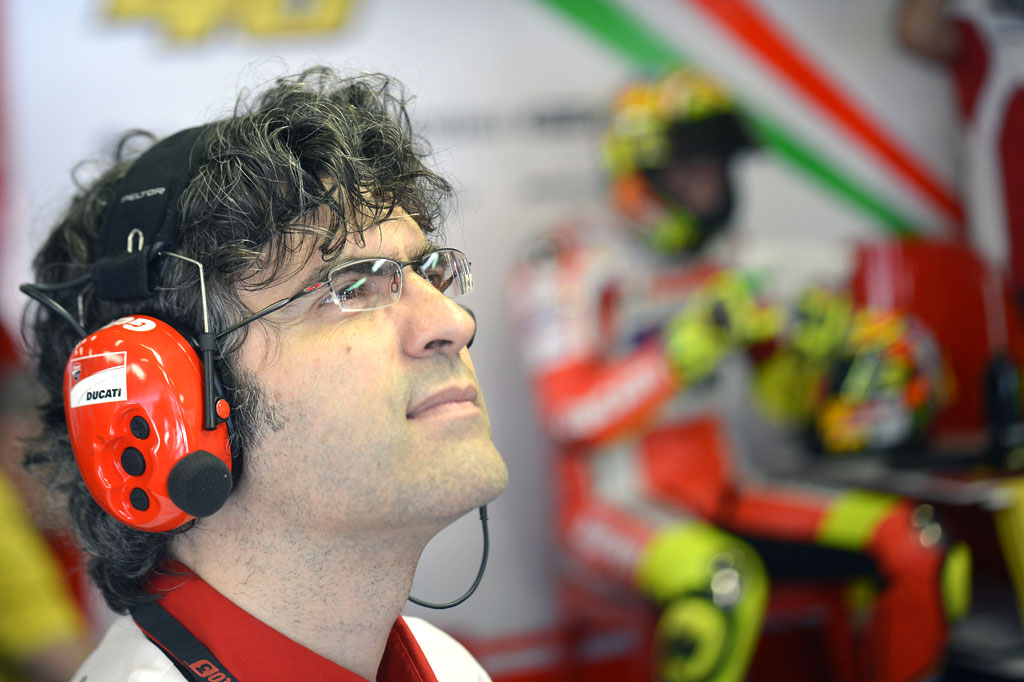 The axe has fallen and landed on the neck of Filippo Preziosi as the fall out to the Rossi disaster begins.

Alessandro Cicognani has replaced the Italian in a major management shake-up by the Bolonga factory.

Preziosi has been a figure head with Ducati course since their introduction in the grand prix paddock back in 2003, and was widely renowned as one of the best in the business after guiding Casey Stoner to the 2007 World Championship. Unfortunately since then its been downhill.

Preziosi was under pressure in 2010 when Casey Stoner was bemoaning a lack of front end feel in the Desmosedici but he refused to chance his ways and Stoner had to learn to ride around the problem.

When Rossi arrived in 2011 it was hoped that he would be able to work with Preziosi and rectify the problems they were having. Two years down the line and 3 podiums from 35 races paint a very vivid picture.

With Audi aquaring the factory earlier this year, the shake up from the top hasnt been a surprise to anybody, and will see Bernhard Gobmeier take the role of General Manger for Ducati Course. Gobmeier was recently Director of the BMW factory World Superbike squad and he will be in direct contact with Ducati CEO Gabriele del Torchio regarding the company.

In a statement the Bologna factory said “The prestigious and strategic company role will enable 44-year-old Preziosi to apply the valuable experience of his 18 years in Ducati, 12 of which in Ducati Corse, to the development of new product.”

Whilst a move many will see as well overdue considering the attitude and ignorance being displayed at Ducati under Valentino Rossi, only time will tell if the decision will benefit the company in the long run.