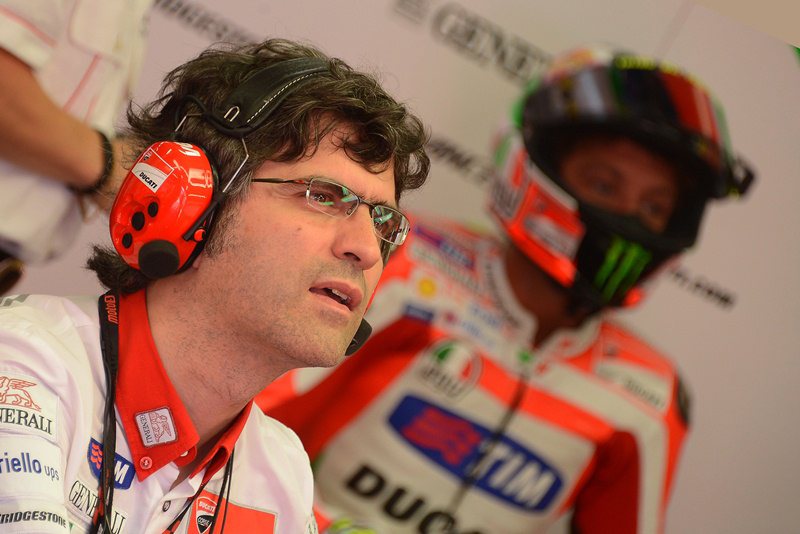 Long serving employee Filippo Preziosi has left Ducati after 19 years with the Italian factory citing health reasons as his reasoning behind the decision.

Preziosi was the General Manager of the course department of Ducati during the highs of the Stoner era, and the lows of the Rossi stint in Bolonga, but he was relived on his role as GM in November and replaced by German Bernhard Gobmeier, who had been spearheading BMW’s world superbike efforts, with Preziosi taking on the role of Director of Research & Development for Ducati Motor Holding.

After 19 years with the company Preziosi had become a symbolic figure in the Ducati garage at every race weekend.

With Audi taking over Ducati, and Preziosi departing, it really is the start of a new era with Ducati, but Sepang testing times would show there will be plenty more tough days ahead before the glory days return.

Declaring reasons of poor health related to his particular physical condition, Preziosi’s resignation was accepted by Ducati, saddened and disappointed to lose such an accomplished and strategic member of staff. The company respectfully acknowledges the 45-year old Italian’s decision and thanks him for his significant contribution during his 19 years with Ducati, 12 of which were within Ducati Corse.

Previously occupying the role of General Manager of Ducati Corse, Preziosi, was appointed Director of Research and Development of Ducati Motor Holding at the end of 2012 and was to start his new role after a period of rest. An announcement of the successor to this strategic role, now left vacant by the resignation, will be communicated in due course.”