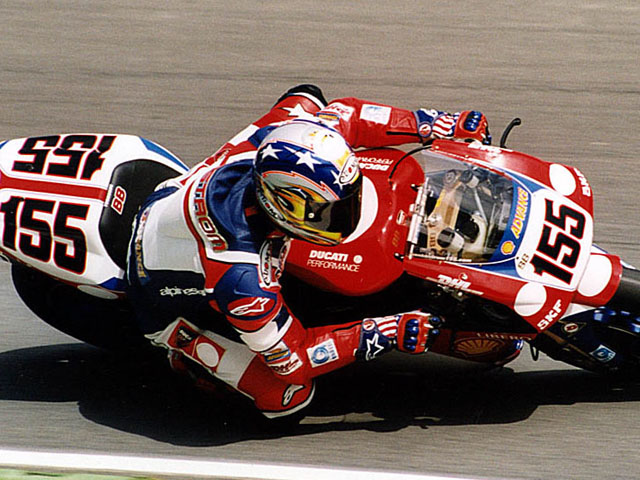 Ben Bostrom might be in the World Superbike paddock for 2013.

The 38 year old who hasn’t resigned with his Jordan Suzuki DMG/AMA team for the 2013 season, but has no plans of stopping racing any time soon.

Bostrom, the 2008 AMA supersport champion is still hugely popular in Europe,remains in contact with lots of the teams and used to ride the factory Ducati back in 2005.

Speaking last week Bostrom said he would be open to a return to Europe if a good opportunity presented itself.

With SBK returning to Laguna Seca this year for the first time since 2004, and no American rider in the paddock it could be a good opportunity for the 1999 SBK Laguna Seca winner, and for a team to get extra exposure, sponsorship and backing from a whole nation come race weekend.

Whilst some people may be skeptical about a team signing a man who turns 39 in May, age has proved to be not a problem in World Superbike racing, with the last 3 World Champions being 39, 39 and 41.

Bostrom also ran as a wild card in the 2011 US Grand Prix at Laguna Seca partnering Toni Elias in the LCR team, although Bostrom didn’t finish the race.