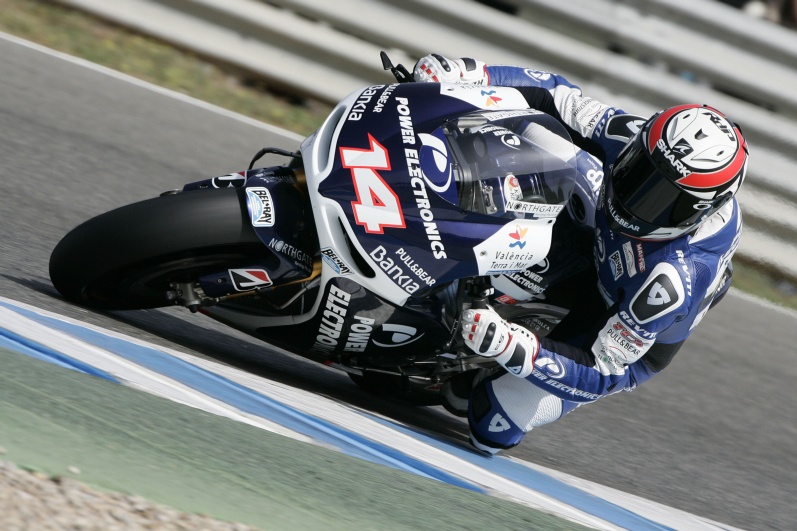 Randy De Puniet has supposedly been in intensive talks with the Japanese factory with regards to testing the new GSV-R, which will be almost exclusively testing in Europe in 2013.

Having already resigned up to the Aspar ART MotoGP machine alongside mini class winner Aleix Espargaro for 2013, De Puniet will continue to race in MotoGP next season, but he may also test.

The former Kawasaki factory rider is believed to be jumping at the chance of testing the Suzuki and hopes that it may be his ticket back onto a prototype bike, and hopefully a competitive one.

Suzuki had initially hoped to have one rider in 2014, but Dorna have told them in no uncertain terms, it has to be a two rider, 3 year minimum project upon their return, and names such as Ben Spies and Cal Crutchlow have already been dubbed for the second seat.

In a recent interview with MotorCycleNews De Puniet said that he has received the full blessing of current boss Jorge Aspar Martinez to test the bike.

He told MCN: “We just need to wait and see what is the Suzuki plan and to understand where and when the tests will be. But this could be a very good opportunity for me to be back on a prototype bike and to develop a factory machine. I really hope this will happen.”

An underrated rider who tested the 2011 Suzuki in Valencia last season does appear to be a good choice from Suzuki to test the machine and could be the break RdP needs after his disastrous Pramac year and two years in CRT.