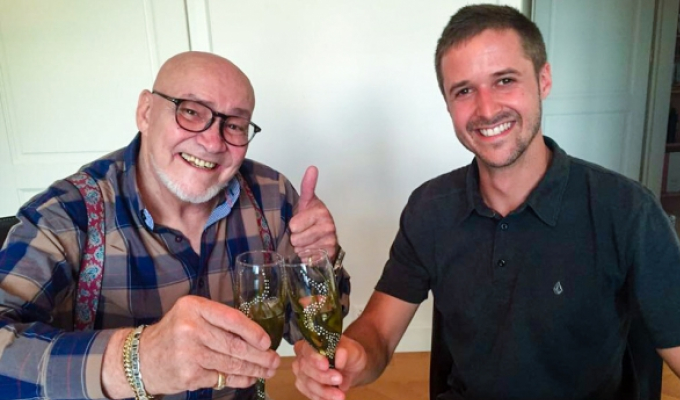 The Marc VDS team have this morning confirmed that Tom Lüthi will complete their MotoGP rider lineup for 2018.

The Swiss rider comes into MotoGP with a wealth of experience under his belt and after eight seasons in Moto2, he finally makes the jump into MotoGP.

Lüthi, who will turn 31 in September, is older than a lot of other rookies but Johann Zarco’s rookie success has shown that experience can be extremely helpful when making the step into MotoGP.

Over his eight years in Moto2, Lüthi has amassed nine wins and 35 podiums and he is currently sat second in the World Championship behind Morbidelli.

Despite never competing in a MotoGP race, the 2005 125cc World Champion does have some MotoGP experience when he was invited by the KTM factory to test the RC16 last year, impressing KTM with his pace with his lack of experience on a MotoGP machine.

President of the Marc VDS Racing Team, Marc van der Straten, said that Lüthi was the unanimous choice to take the second seat.

“There were a number of options open to us when we were looking for a MotoGP rider for the 2018 season, but Thomas Lüthi was the unanimous choice, despite him being a MotoGP rookie,” he said.

“A former 125cc World Champion, his consistency over seven seasons in Moto2 has been incredible, with a sixth place in 2013 the only time he’s finished outside the top five in the championship. He’s been a constant thorn in our side in the intermediate class and this year is no different, with his consistency again making him a serious threat to our title aspirations.

“Tom is a good fit for our team and I am both happy and proud to welcome him to the Marc VDS racing family.”