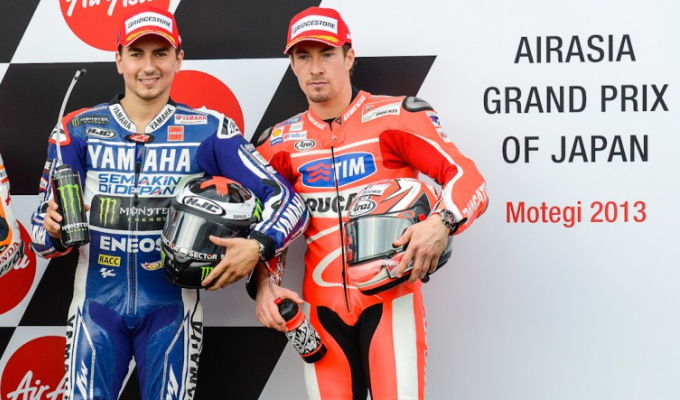 Jorge Lorenzo has said that Nicky Hayden was loved by everyone in the paddock, leaving him in shock at his death.

“It’s very sad news. We knew that the situation was very complicated but when things happen like that, it leaves you in shock all the same,” said the 30-year-old when asked this afternoon whilst testing the Desmosedici in a private test in Barcelona.

“I wish to convey my deepest condolences to his family and friends. He was loved by everyone in the paddock, very cheerful, with a lot of energy and good vibes.”

Lorenzo has now joined Ducati where Hayden spent five years before moving back to Honda. Lorenzo said that the news of Hayden’s passing has hit everybody at Ducati extremely hard.

“He was always a such positive person, who was always smiling. He never had problems with any rider or anyone in the paddock. All the people who knew him at Ducati were touched, as is the whole MotoGP family.”

So sad. I can't believe how life can be so cruel. All my condolence to Nicky's family and friends. #RIPNickyHayden pic.twitter.com/CQYg6v8FxT