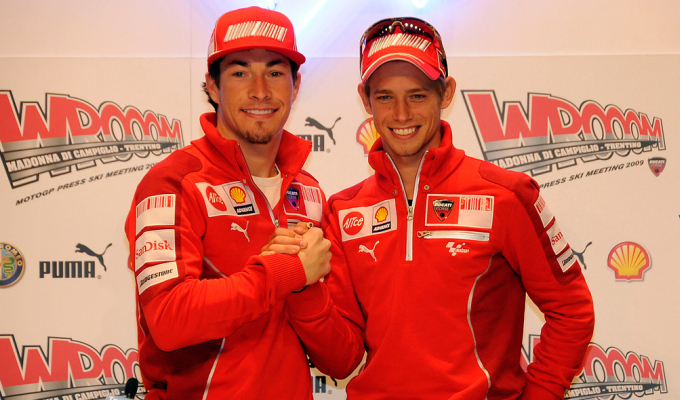 Casey Stoner has said that nobody ever had a bad word to say about Nicky Hayden, after the American lost his life following his cycling accident last week.

The Australian is currently in Barcelona testing the Ducati Desmosedici as part of a private test when he was speaking about his former team mate.

The American joined Stoner as part of the factory Ducati team for the 2009 season and spent two years opposite the Australian in the Ducati garage before Stoner left to take the seat Hayden had vacated two years earlier in the Repsol Honda team.

Stoner said that his relationship with the 35-year-old went back to way before he was in MotoGP and made a conscious effort to emphasise just how widely loved Hayden was by not only himself, but everybody in the paddock.

“I knew Nicky even before he was my team-mate and he always gave me a lot of time even when I was in 125s and 250s,” said the Australian.

“He was always happy to have a chat and as a team-mate he was fantastic. He never really stopped smiling even when things were tough for him so he’s someone we are really going to miss.

“Nobody has anything bad to say about him, he always put a lot into his racing and he was very close with his family, so this shows a lot of the character he was.”