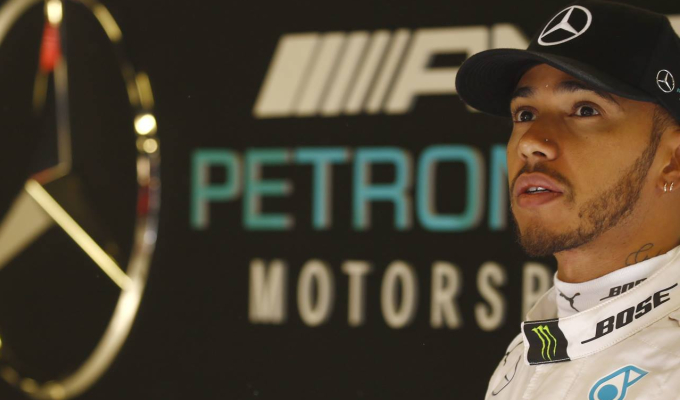 Three-time Formula One World Champion Lewis Hamilton has once again reiterated his desire to one day enter a MotoGP race.

The Brit driver has been very vocal in the past about his desire to one day try a MotoGP bike, now with his former team-mate Fernando Alonso announcing this week that he will be skipping the Monaco Formula One race in favour of racing in the Indy 500, Hamilton’s spoken once again of his desire to try a MotoGP machine.

When Hamilton was asked his opinions on Alonso’s decision, Hamilton pinpointed MotoGP as the one thing he would like to try in the future.

“I think it’s great that a driver is able to do that,” the 32-year-old said in Bahrain about Alonso’s decision to take part in the Indy 500 entry.

“I think us drivers should be able to do more than one series. There was a time in the past where there were drivers doing multiple series. I think it’s pretty cool that he’s doing it.

“I wouldn’t miss any of the races in F1, definitely continue to do all the races. But i‘d like to do MotoGP,” he said. “I’d like to ride a MotoGP race.”

Last season Jorge Lorenzo drove Hamilton’s 2014 World Championship winning Mercedes around Silverstone as part of a sponsorship event with mutual sponsor Monster Energy. With Hamilton and Yamaha MotoGP both sponsored by Monster, could a similar event happen at some point this year?

4 thoughts on “Lewis Hamilton keen to enter a MotoGP race”