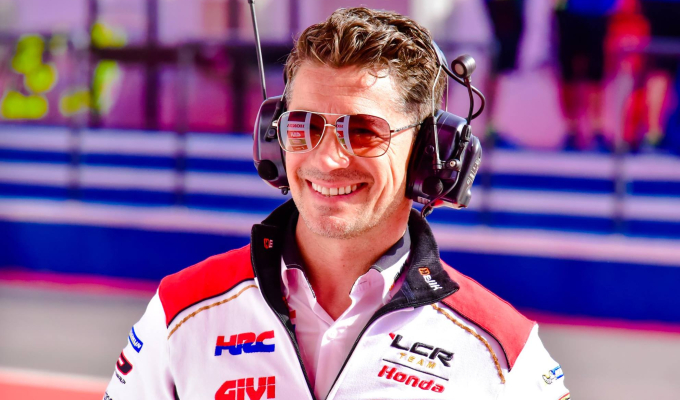 LCR Honda Team Manager Lucio Cecchinello has confessed he would like to return to running a two-bike team for 2018, with Franco Morbidelli possibly as the second rider.

The Frenchman had a 2016 to remember with his first MotoGP win as a team owner coming in Brno, before Crutchlow won once again in Phillip Island, giving the LCR Honda team another reason to celebrate in 2016.

2016 also saw LCR return to being a one bike team, after running Jack Miller alongside Crutchlow in 2015 as part of a two man team. Cecchinello has said on previous occasions he enjoyed running a two man team, and has admitted he is trying to land a second bike for 2018.

“I’m working on securing a second bike, but my primary goal is to resign Cal,” Cecchinello told Corsedimoto. “If we get the bike, we have the necessary resources and everything ready. Nothing would prevent us from running the second bike.”

Cecchinello ran Jack Miller as a rookie coming directly from Moto3, if he gets his hands on a second Honda RC213V for 2018, one name that has been strongly linked to the LCR team is that of early Moto2 points leader Franco Morbidelli.

“How can you not be interested in Franco?” he said. “He’s cheerful, kind, nice and then on a bike is very strong. It’s clear that if I could find the resources I would try. But I repeat, the priority at the moment is to renew Cal Crutchlow then we can see where we are.”

Cecchinello may struggle to land Morbidelli even if he does secure a second bike. With Jack Miller’s three-year HRC contract due to expire at the end of 2017 and Tito Rabat continuing to find it tough going on his Honda in his second season in MotoGP, Marc VDS bosses may promote the Italian directly into the MotoGP team themselves next season.