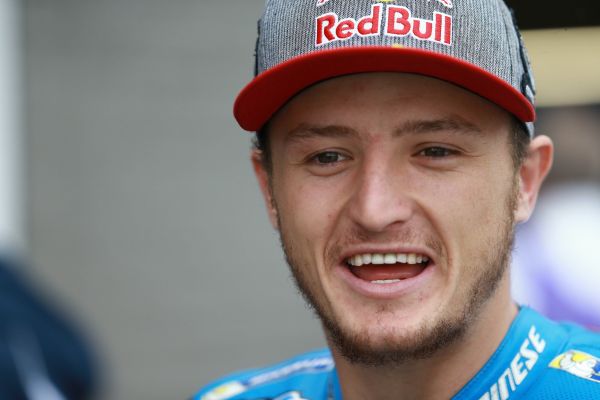 Assen MotoGP race winner Jack Miller has said he thrives on the pressure of his home race as he prepares to head to Phillip Island ahead of this weekends Australian Grand Prix.

Miller has endured another tough season aboard his Marc VDS Honda RC213V. Despite claiming the first victory of his MotoGP career and in doing so, becoming the first satellite rider in ten years to claim victory in historic fashion at Assen in late June, the Aussie is yet to score a point since the summer break, with a back and hand injuries halting his progress.

With Phillip Island known for it’s somewhat changeable weather, combined with Miller’s abilities in the tricky conditions, the Aussie will be hoping to give the home fans something to cheer about.

“I am really looking forward to going home and riding in front of my home crowd at Phillip Island,” said the 21-year-old.

“It will feel extra special this year going back as a MotoGP winner and I want to bounce back from what was a pretty difficult weekend in Japan.

“I love Phillip Island and hopefully we can find something in the bike that gives me a bit more confidence to push at the limit. I was fast there last season on the Open class bike and I go there determined to turn around what has been a pretty rough period in the season for me.

“There is always a bit of extra pressure when you race at home but it is a cool feeling to know so many fans have come to watch you put on a show. It is pressure I thrive on and hopefully I can give the Australian crowd something to shout about.”