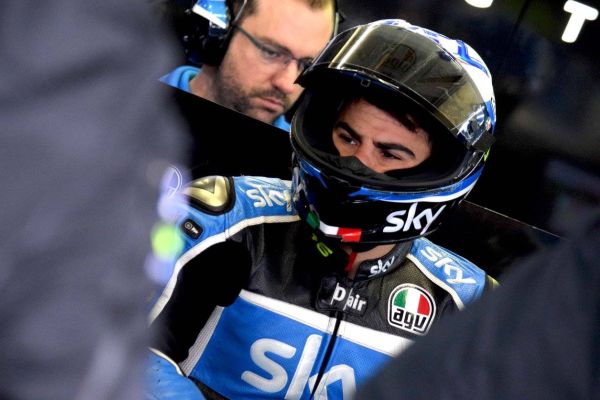 Fausto Gresini looks set to offer his compatriot, Romano Fenati, a Grand Prix lifeline, offering the temperamental Italian the chance to redeem himself as part of the Gresini Moto3 team for next season.

Fenati was unceremoniously fired from the VR46 team last weekend in Austria, amid rumours he had been involved in a fist fight with team owner Valentino Rossi’s right hand man and best friend Uccio Salucci last Saturday. With his contract terminated, the Italian offered his services to the Ongetta team on the Monday for the post-race test, before Honda elected not to take him up on the offer.

Fired halfway through a two-year contract – one that was due to see him ascend into Moto2 with the VR46 team for 2017 alongside recently confirmed Pecco Bagnaia – leaves Fenati in a desperate situation, and despite still sitting in third place in this seasons Moto3 World Championship, his options for a ride this season remain limited.

However, it appears Fenati still has a fan in the shape of Fausto Gresini. According to Spanish newspaper Marca, the former World Champion, turned team owner is still a believer in the talents of Fenati, and still truly beleives he can win the Moto3 World Championship.

Whilst Fenati will undoubtedly prefer to be on a competitive bike in Moto2, the chance to have one final shot at the Moto3 title to show his obvious talent seems like an obvious decision for him.

Whether Honda will be happy to run Fenati remains to be seen. HRC were the ones who refused Fenati’s offer with the Ongetta team in Austria, however the chance to take one of KTM’s top riders from recent years would surely appeal to the Japanese factory.

Despite making an enemy from one of the biggest names in the history of the sport, it appears his natural talent will allow Fenati the opportunity to have one of the great redemption stories if all comes to fruition.