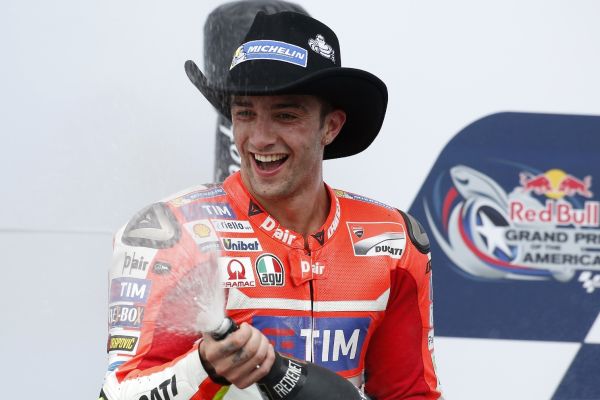 Less than a week after being shown the exit door from Ducati, Andrea Iannone has signed a two-year deal to replace Maverick Viñales in the Ecstar Suzuki team for 2017 and 2018.

GPxtra has learned that Iannone and the factory Suzuki team have signed an official deal for the next two seasons, and that they are expected to announce the deal at Mugello, not long after current factory rider Maverick Viñales confirms he will be leaving the Suzuki factory to replace the Ducati bound Jorge Lorenzo at the Movistar Yamaha team.

GPxtra told you about the large offer Iannone had on the table from Suzuki back in April, once it was clear there was a very real chance there were going to lose Viñales to Yamaha. Once Ducati confirmed to Iannone that they were going to renew the contract of Dovizioso and not his, Suzuki were immediately the first choice of the 26-year-old.

Whilst no contract details have been revealed to GPxtra yet, it is expected that Iannone’s contract with Suzuki will include the option of an early termination, much like Viñales had, albeit after a single season and not two like the Spaniard.

Iannone has endured a difficult start to 2016 and is currently sat in tenth in the MotoGP World Championship standings after crashing out of three of the first five races of 2016, including taking his team-mate out at the final corner in Argentina. In spite of the crashes, Iannone has shown serious pace and enough potential for Suzuki to decide that he is the best man available to progress the development of the GSX-RR.

Viñales will announce his move to Yamaha during Thursday afternoon’s pre-event press conference, leaving Suzuki and Iannone to opportunity to confirm the deal to replace him later in the weekend.

One thought on “Iannone signs for Suzuki; official announcement expected this weekend”