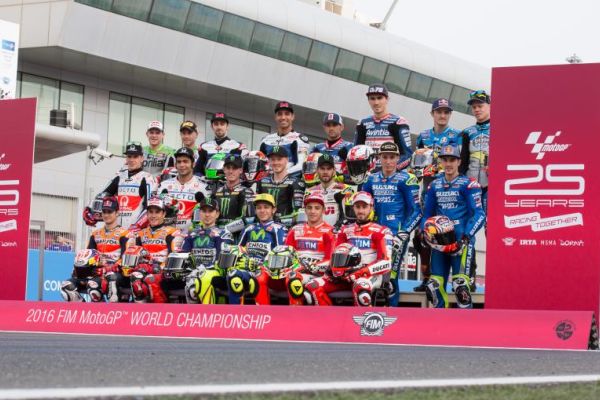 The MotoGP paddock is facing a short turn around ahead of this weekend’s Texas MotoGP after weather played chaos with the travel plans of multiple riders and teams.

Large portions of the Grand Prix paddock were due to make the relatively short two hour flight from Termas de Rio Hondo to Buenos Aries before going onwards to Austin.

However, storms in Argentina have prevented flights from taking off from the Tucuman Airport since Monday morning. This isn’t just riders, but team members and all of the bikes and equipment.

Because of these weather issues, five specially chartered buses have been hired to make the 14 hour drive from Termas de Rio Hondo to take the 200+ team members who’re all waiting to make their way to Texas.

Some of the riders who have been stuck in Argentina include Pramac Ducati’s Scott Redding, LCR Honda’s Cal Crutchlow and Marc VDS MotoGP duo Tito Rabat and Jack Miller. Along with those Moto2 title contenders Sam Lowes and Alex Rins and Moto3 front runners Enea Bastianini and Brad Binder.

Along with riders and teams, the Moto3 machinery have also been stranded in Termas do Rio Hondo with the cargo plane scheduled to transport all of the equipment to Texas now not expected to arrive in Texas until tomorrow (Thursday) leaving teams without much time to get set ahead of the third round in the World Championship.

2016 is the first year that the calendar has had the paddock visiting Argentina before the Circuit of the Americas. With the Termas de Rio Hondo circuit’s future on the calendar secured for a further three years over the weekend, IRTA may look into reverting back to the initial arrangement of Texas then Argentina to avoid a similar situation, with a lack of international airport located near the circuit.

Photos via Michelin Sport and MotoGP