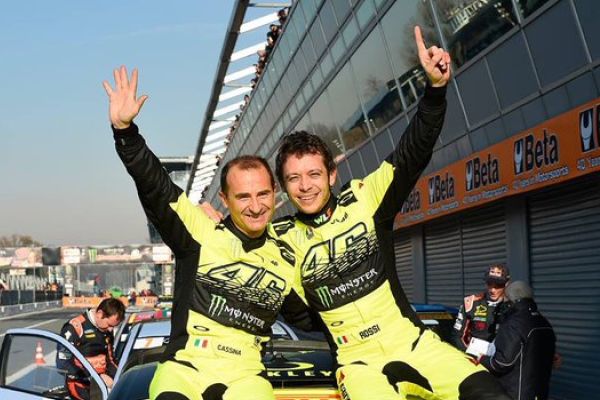 Valentino Rossi has put the disappointment of missing out on the MotoGP World Championship by winning his fourth Monza Rally.

The Doctor converted his overnight lead of 33 seconds, despite second place man Thierry Neuville winning today’s final stage this morning, it wasn’t enough to close the gap held by the Italian, with former manager Davide Brivio rounding off the podium.

Neuville’s victory on SS8 this morning was an indication of the pace the Hyundai World Rally Car star had, but Rossi’s lead proved unassailable. A victory on stage SS9 saw Rossi’s lead built further up finishing 4.8 seconds ahead of overall third place finisher Brivio in the final stage, and a further eight seconds ahead of Neuville. Meaning the Italian went on to claim his overall victory by over 50 seconds.

Rossi was joined on track by rally drivers and motorsports legends. Rally stars Sebastien Loeb and Robert Kubica were present, along with motocross legend Tony Cairoli. Rossi also had an entourage of his own there, with right hand man Uccio (5th) and protégé Romano Fenati 69th on his four-wheeled debut.

Photos via Monza and VR46