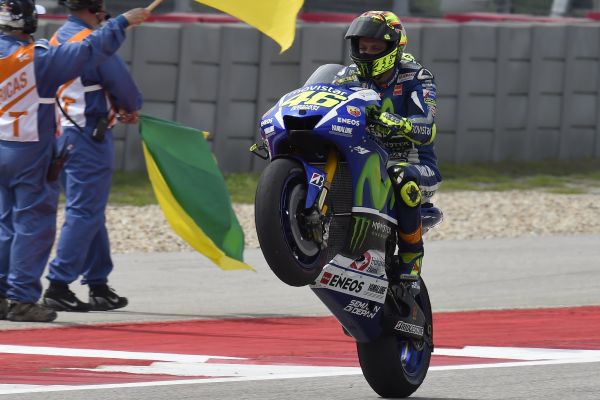 Valentino Rossi has admitted he hopes that his current two-year contract with Yamaha, that expires in 2016, isn’t his last in MotoGP.

The 36-year-old is enjoying somewhat a renaissance in his career, after finishing second in last years MotoGP World Championship, he currently sits top of this years World Championship standings. Rossi’s lead is just a single point over compatriot Andrea Dovizioso who seems to be enjoying life on the new GP15, as we head to Argentina this weekend.

The Movistar Yamaha rider sits thirteen wins behind the great Giacomo Agostini on 109 Grand Prix victories, and will surely be targeting the outright record before he eventually hangs up his leathers.

“I have a contract for two years and I hope it’s not the last one,” the Doctor said speaking in the Austin Grand Prix post-race press conference.

Sunday saw Rossi claim his second podium in as many rounds, in a display of the Rossi of old. In both Qatar and Texas, the Italian appeared well off the pace of the front runners, only to rekindle the magic on race day.

“Leading the championship after two races is something not very important because the championship is very long, but anyway it is good because after Austin we are still at the top and this track is one of the most difficult of the season for the Yamaha.

“I always struggle in the past and also to finish the race with the front tyre, but this year it was better and I’m happy because in the practice I was not so bad; I was more or less always in the top four.”