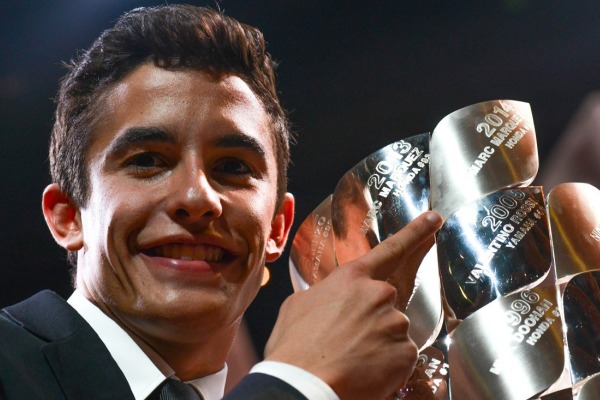 Marc Marquez emotionally spoke about his much maligned move to Andorra during the Superprestigio pre-event press conference.

The MotoGP World Champion had come under immense criticism back in Spain about the news he was moving to Andorra. The news had been leaked by the Andorran government after Marquez filed an official request for residence. The move was mooted as a way to avoid paying the taxes in Spain.

Marquez however said that his move, 120km north from his current hometown of Cervera, is not motivated by taxes or money, but as a place he can train peacefully in the winter. Despite living in Andorra, Marquez said he will continue to pay his Spanish taxes, and retain his Spanish residency.

“Before speaking about the Dirt Track racing in Barcelona, I wanted to say something very important,” Marquez told the press room, in Spanish.

“I’d like to talk about the debate and the fuss that has been created over me this past week. It is difficult to say, because I never speak about my private life but I think that this is an important moment. Those who know me know that I have always been very straightforward and very honest.

“I am 21 years old, I live with my family and I have always had a very close relationship with them, but like any young person I decided to get my own space, my own house and [I chose] to live in Andorra because I’ve been there many winters, many times of the year and, above all, because I’ll also be there for many winters and many times of the year. It is an ideal and favourable environment to prepare myself physically.

“Taxes have not been the motivation. Moreover, I do not know what is going to happen in the future, but I want to make it clear that I pay and I’ll continue to pay my taxes in Spain.

“I know that there have been all kinds of opinions and all of them are respectable. I don’t want to justify myself to anyone here, but I think that there has been some very tough criticism aimed at me. In the end you never know when the career of a rider will end and, when I was 19 years old, I was about to leave racing after damaging my eyesight. Thanks to Dr. Bernat Sanchez I could return. This past week has been bad and I just want to thank all the people that have been supporting me and my family. The only thing I want is to continue enjoying riding my bike.”

Marquez had to pause to wipe away tears, showing he was visibly moved by the whole situation, but he hopes to put it all behind him now he’s given his side of the story.