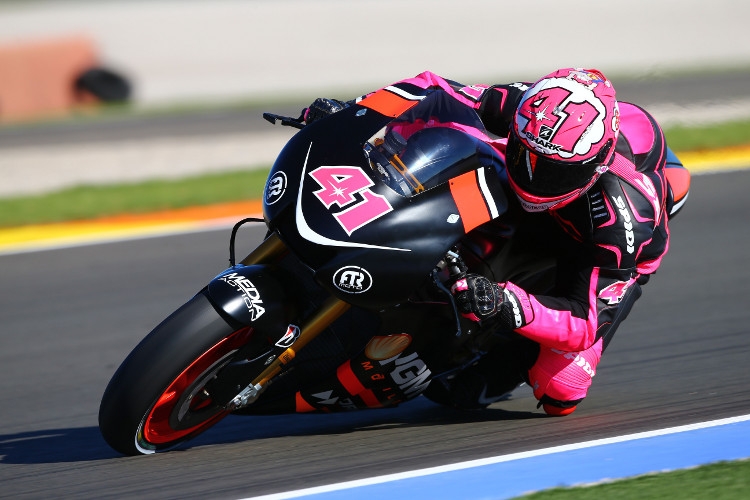 Aleix Espargaro is confident that his decision to the Forward Racing Yamaha team for the 2014 season, is the right decision.

On the back of two back to back CRT titles, Espargaro took the decision to leave the Aspar team, and move to the new Forward Racing FTR Yamaha project, lured in by the prospect of riding with a M1 engine and chassis, inside an FTR frame.

However Espargaro has admitted that he had doubts over his move. Shortly after his departure from the Aspar team was confirmed, they confirmed they would be switching from the ART Aprilia’s to the new Production Honda racers from the 2014 season.
However, Espargaro’s fears were lifted, when in the post season test in Valencia, Espargaro ended the test fastest of the ‘open class’ riders, and more convincingly 0.479s ahead of the top Production Honda, which was the man who was replacing him, 2006 world champion Nicky Hayden.

“I think at the first test in Valencia we saw the potential that the FTR-Yamaha has,” Espargaro told the MotoGP website.

“I hope I am not mistaken, but the conclusion was that we were able to take our bike to an equal level with, and indeed exceed, that of the Honda.

“The Honda is basically a finished product, whereas we still have everything to do with ours, but our bike still went quicker than the Honda despite having done less laps; with this in mind, I think we have more potential.

“Many people have told me I am making a mistake in switching teams at this point and that the Honda will be better. Time will tell, but what I can say is that both the team and the bike are better than we expected.”