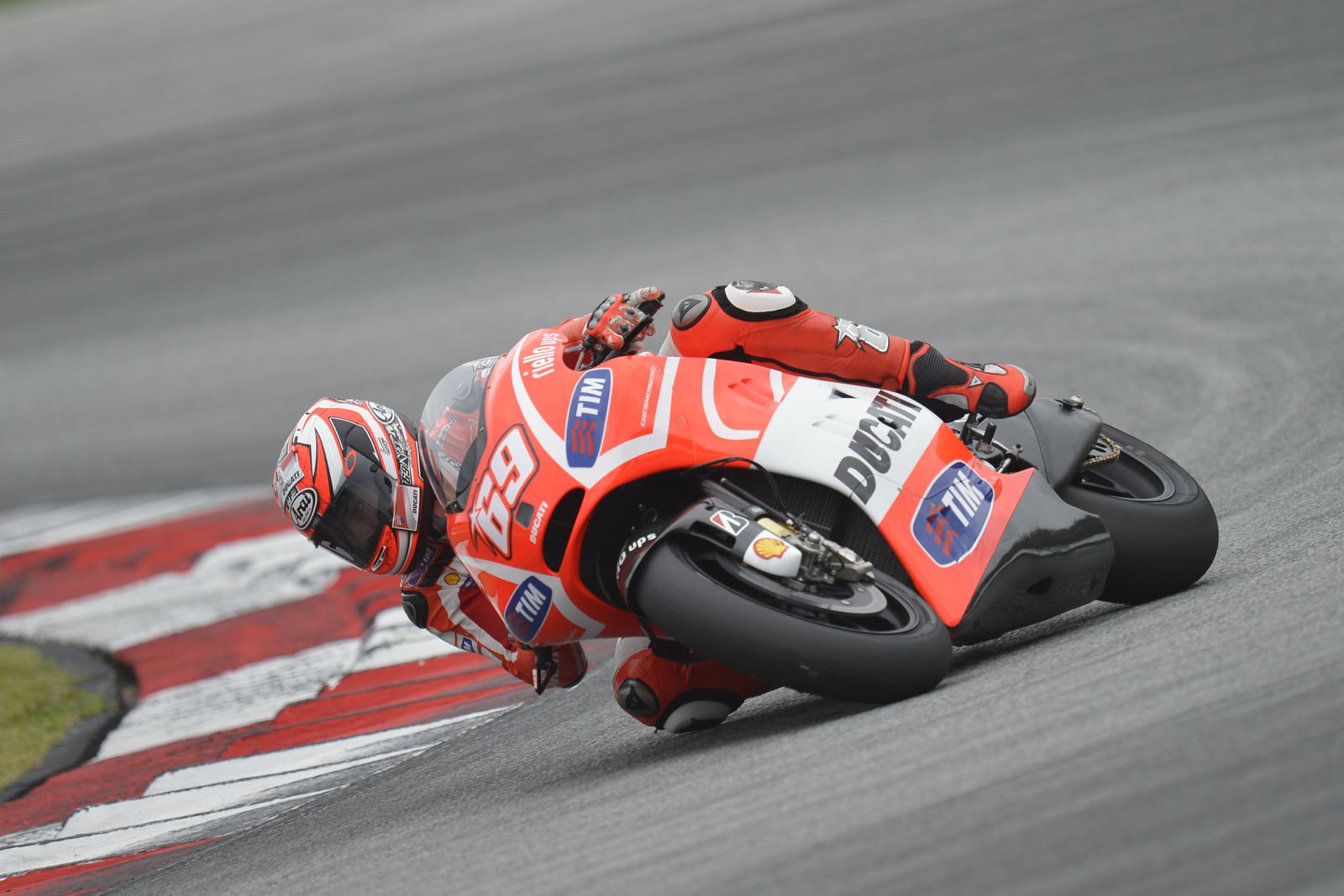 Ducati are currently considering building a Production racer of their Desmosedici MotoGP prototype, to race in MotoGP next season.

Ducati are looking at making four production bikes, much like Honda are doing with their RC213V prototype, to run in MotoGP said Ducati director Paolo Ciabatti in Assen.

The bikes would be a replica of the current Desmosedici, but would offer more development chances due to the allowances of 12 engines, 24 litres of fuel. They would have to use the full control ECU system next year, but the chances to help develop the machines for 2015 is proving to be an attractive proposition for Ducati.

“Since the new rules came out for next year, where it is actually possible for a full MotoGP bike to run in what would have been the CRT class – using the single ECU and single software – we are considering to make available the 2013 bike with this package.

“It has an advantage in terms of fuel; they will have 24 litres while the full MSMA MotoGP entries will have only 20, 12 engines instead of five and no frozen development for the engines.

“We think it could be an interesting package for some of the private or satellite teams and we are working on this plan. Ideally, we think we will make four available. We are discussing with some teams but nothing has been decided yet.”

Ciabatti said that Ducati want to know their 2014 aims before the summer break that comes after the Laguna Seca round at the end of July.

If Ducati do indeed make the production bikes, it will add another option for current satellite teams. As well as the current CRT bikes, teams would have the option of the Honda or Ducati Production racer. Or a Yamaha full-spec M1 engines for lease.